Source: Orthodox Life (Russian)
Our time is interesting and unusual in many aspects. For example, a modern practicing Christian is much less subject to major sins than a Christian of the 15th, 17th, or 19th centuries.
Archpriest Vladimir Puchkov | 01 June 2022 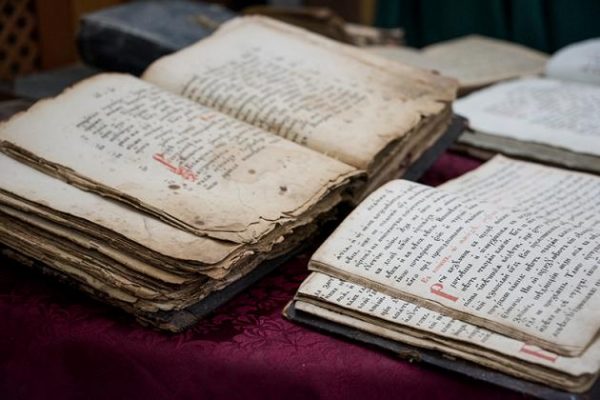 In order to see this for yourself, it is enough to get acquainted with the content of the ancient penance books and compare what is written there with what the priest usually hears at a confession from regular parishioners. As you know, penance books were compiled to streamline the practice of imposing penance, that is, prohibitions imposed on sinners in order to heal the consequences of sin. They concerned, of course, members of the Christian community of their time, that is, the sins indicated in them for this community were not news or a special rarity. Gross and grievous sins are also encountered in modern pastoral practice. However, for the most part, they remain the prerogative of the so-called church visitors – those who come to church once a year, who go to confession because they were asked to be godparents or because they promised their wife or mother. Occasionally, serious sins happen to permanent parishioners, however, for the most part, conscious Christians (and among practicing Christians those are the majority) do not have abortions, do not cheat on their spouses, do not cohabit with partners outside of marriage and do not engage in usury.

However, it would be foolish to think that the enemy of the human race has given up in the face of modern Orthodoxy. Having ceased to massively tempt Christians with theft, fornication or looting, he at the same time replenished his arsenal with such weapons as substitution. Indeed, why bother to deceive, trick and tempt a Christian into a serious sin, when you can only slightly shift the emphasis in spiritual life? Moreover, a Christian gives in very often, sometimes even with readiness. For example, such similar, at first glance, and essentially different concepts as repentance and guilt. Does each of us see the difference between one and the other? Don’t we usually consider these concepts to be inseparable in our minds? Meanwhile, these are not just different, but literally mutually exclusive things. Repentance leads a person to reconciliation with God, to the desire to put an end to sin and to change not only the mode of action, but also the attitude towards any single vice. So that what we once loved becomes hateful, and what we were attracted to with irresistible force becomes disgusting. The result of repentance is always the same – the forgiveness of sin and the joy of unity with the Lord. The feeling of guilt deprives a person of peace, and does not push him to anything constructive. One may ask for forgiveness as many times as one likes, may correct the consequences, change one’s attitude towards what one has done – guild will not go anywhere. If a person has let this feeling into his soul, it will devour him until it leads him to despondency and despair or turns the unfortunate person into a neurotic or paranoid.

Now imagine for a moment that instead of repenting, a person begins to be tormented by guilt. He feels bad and sick, but he takes what is happening to him for the pangs of conscience, believes that it is necessary, and often also stimulates this feeling in himself, believing that the penitent should feel this way. But no matter what a person does, nothing changes in him: he does not stop sinning, devouring himself from inside does not bring relief, he feels even sicker than before, but how can a damned sinner feel good? That’s how it should be, right? Imperceptibly, a person approaches the final stage: he still does not feel relief, so there is only one thing left to do – to seek solace in the very feeling of guilt. Yes, I am a sinner, yes, I feel bad, yes, I am not correcting myself in any way, but I don’t even know a moment of peace! I constantly condemn myself, I am tormented by my guilt, maybe the Lord will have mercy on me at least for this? Of course, He will certainly have mercy on me, do I suffer so much for nothing? Although, at times despair fills us, so much so that we want to scream, but then it seems to let go … And so it goes on in a circle.

What do we have in the end? We have a believer who is initially attuned to spiritual life, who wants to repent and improve, who has a need for God and unity with Him. However, being confused at the very beginning, a person instead of a zealous Christian becomes a ready client for a psychologist, or worse, a client for a psychiatrist. So this is just one example of a substitution, but how many more are there? Attention to oneself, replaced by introspection, tenderness, replaced by sentimentality, zeal in faith, replaced by anger… It is probably impossible to name all. Why should the evil one work when the main work for him, without hesitation, is done by us ourselves? This, I repeat, is the absolute difference between our time and the ancient time, and between modern Christians and their predecessors. However, there is something common for Christians of all times – the need to be attentive to one’s own soul and what is happening in it. The need to be vigilant in order to recognize temptation, lure or substitution in time and not let the enemy mislead you. And one needs to start by avoiding the main substitution – excessive attention to the spiritual life of one’s neighbor instead of working on improving oneself.

Fasting in the Fast Lane: Is It Okay to Watch TV Series during the Fast?

I'm tempted to say, "Why ask? Isn't it obvious?" But rushing isn't a sign of a great mind,…