Father Vladimir Novitsky: I Became a Believer after the Pascha of 1993 in Optina Pustyn 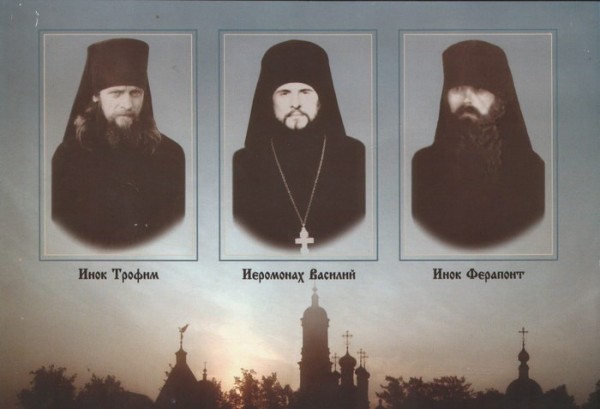 If you want to know which Pascha I remember best, it would probably have to be the Pascha in Optina Pustyn in 1993 when the monastery brothers, the monastics, were killed. 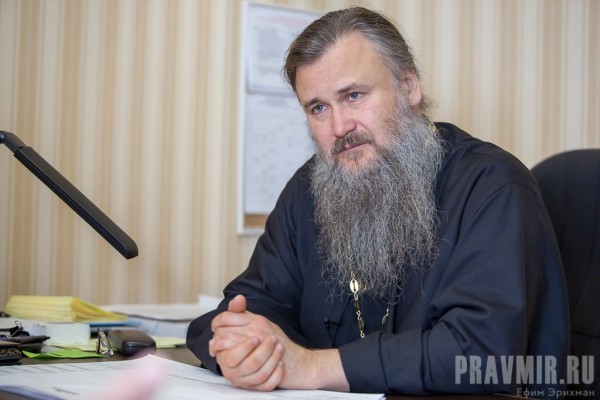 The day of that Pascha I remember well.  I remember it because of a combination of sorrow and joy and also because of a feeling that those brothers who had obviously suffered for Christ, suffered also for all of us.  It’s like Tertullian said in the second century, “The blood of the martyrs is the seed of the Church.” I remember that particular Pascha leaving a deep impression on me.  It shook me to the core, this event that took place on Pascha.  I had only just started going to church and was still wavering.  Yet, after this Pascha I became an Orthodox Christian once and for all.  That is how much I was affected.

It was frightening; it was distressing; it was difficult. And, of course, the Grace of God was there.  Despite everything, there was a Pascal state of the soul, but it was punctuated by the horror of what had happened.  However, when I spoke of horror I was referring to a human, fleshly approach to what had happened, not to the emotions of the spirit.

And the understanding was spiritual… I speak only of myself of course, of my individual understanding that what had happened affected me directly, because, it seems I had to be put in circumstances  in which I saw people suffering for Christ, so that I would once and for all turn to God, so that I would be brought to Christ.  And the Lord did put me in these circumstances.

Everything took place practically before my eyes…  I am a doctor by my first profession, so I was asked to help.  There was another doctor there, and we saw all of it, we drove Father Vasilii (Rosliakov) to hospital, to the emergency room, and we were there the whole time, it happened right in front of us, right before our eyes.

I remember at one point when the ambulance was taking Father Vasilii to the emergency room I felt like comforting him as a fellow man. I said, “Come on, stay with us, there’s just a bit left, we’re almost there.”  And suddenly I felt, I saw somehow that he wasn’t there anymore.  Not in the sense that he was already dead or dying, but in the sense that in spirit, in his soul he was no longer there, that he was with God.  He was praying and everything I said seemed meaningless and insignificant. There was no need to say anything.  I just had to pray and be there, and that’s all.

And when we finally got there, and he was put on a stretcher and taken to the emergency room, I remember him being moved to the operating table.  He even helped to take off his boots – he lifted his legs – and there was this sense of relief that he would be saved, that the worst was over, as he was already on the operating table.

Twenty minutes or so went by. Then the doctor said, “That’s it, blood pressure levels have dropped down to zero, there’s a massive loss of blood, nothing can be done, he’s gone.”  Those are all moments I recollect, all the things I saw happening.  Yet, I want to say in conclusion that “the blood of the martyrs is the seed of the Church,” that in spite of everything the Lord vanquished all.  Despite all this human horror, all the anguish, all that happened that day, God was victorious and new Holy Martyrs were revealed to the world and that through their sufferings, not just me, but many people came to the faith.  This is why I say that the Lord vanquished all.  And, behold, Pascha!  The Lord has risen, but He arose with wounds in His hands, in His legs and in His pierced side.  This means, that the resurrected body was a body that had suffered.  And this suffering of God and these wounds on His body will probably remain there while there are sinners on this earth, according to the words of Metropolitan Anthony of Surozh.