Feast of the Nativity of Christ celebrated in China

Source: DECR
Natalya Mihailova | 12 January 2016
On 7 January 2016, the radiant Feast of the Nativity of Christ, Rev. Alexander Uy Shi and Rev. Dimitry Fedorin, dean of Vladivostok’s first district, a cleric of the Church of the Protecting Veil of the Mother of God, celebrated the Divine Liturgy in Harbin. 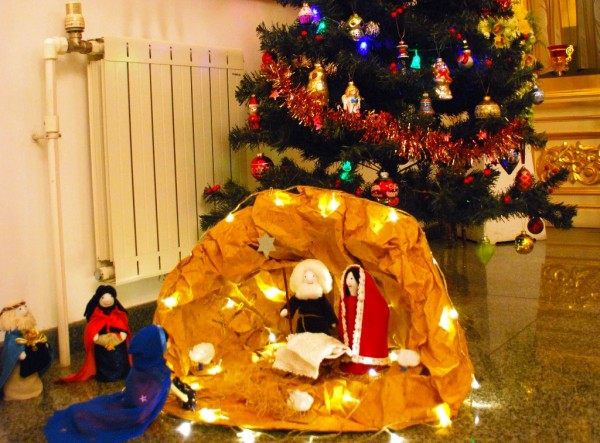 Since the Church of the Protecting Veil of the Theotokos in Harbin is under repair now, the service was celebrated at the nearby Catholic cathedral. Numerous faithful gathered together for the Divine Service which was followed by a repast and a concert organized by the Chinese and international Orthodox communities of Harbin. 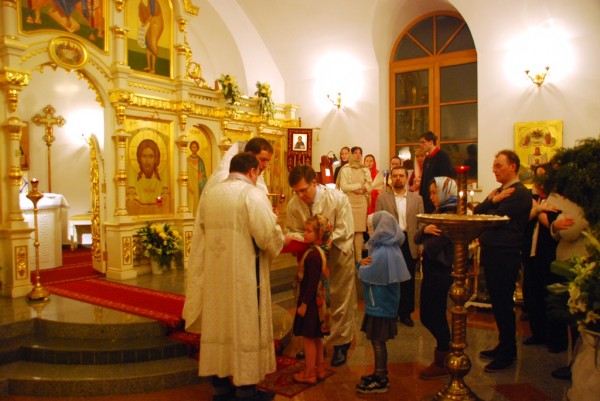 The Liturgy on the feast day of the Nativity of Christ in Beijing was celebrated at the Church of the Dormition of the Mother of God by Rev. Sergiy Voronin, rector of the local parish. Among those who prayed there were numerous parishioners and pilgrims from other Chinese cities, as well as over 150 Orthodox Christians from Russia, Ukraine, Greece, Cyprus, Belarus, Georgia, Romania, the USA, Canada, Singapore, France, Germany, Austria, Serbia, Macedonia, Bosnia and Herzegovina, and other countries. More than sixty people partook of the Holy Gifts at that blessed night. 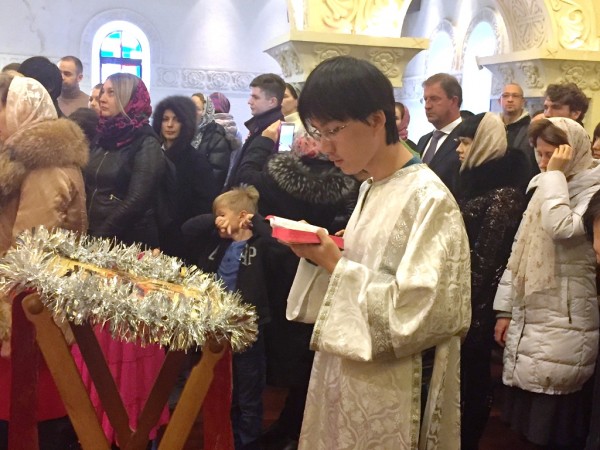 After the service the worshippers were invited to a repast. The parishioners sang several Christmas carols in the Russian and the Ukrainian languages.

In Shanghai the Liturgy was celebrated at St Nicholas Church by archpriest Alexy Kiselevich, rector of the local parish. Numerous members of the international Orthodox community of Shanghai, including the Russians, the Ukrainians, the Greeks, the French and the Americans, prayed at the service. Among those who partook of Christ’s Sacred Mysteries was protodeacon Evangel Lu Yafu, the oldest cleric of the Chinese Autonomous Orthodox Church. 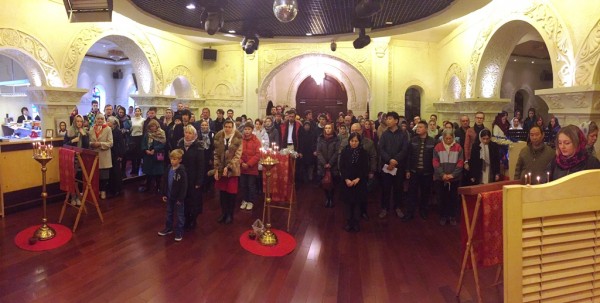 In the south of China, archpriest Dionisy Pozdnyaev celebrated the Divine Services for an international community of the Church of Ss Peter and Paul in Hong Kong. Some seventy people attended the night service, including the citizens of Russia, France, the USA, and the inhabitants of mainland China.

About one hundred people prayed at the Christmas Liturgy in the cities of Shenzhen and Guangzhou. Most of them came to China from Russia, Ukraine, and the CIS countries.