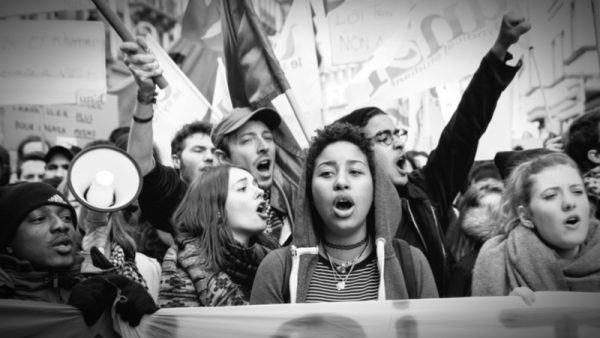 David French wrote yesterday about the cultural hostility towards religious freedom in America, warning that:

Over the long term, this is the real threat to religious freedom. It’s not, ultimately, the government. It’s the combination of media and cultural pressure — of external and internal anger — that slowly but surely bends church institutions to its will.

This is an extremely important point for all sincere Christians to understand — and the subject of the article is hardly the only example of the phenomenon. Our nation was founded almost exclusively upon the ideal of private freedom from government interference. As a result, our unconscious assumption has been that if the government is not interfering, then that means that the people are free.

But such a concept of freedom is as quintessentially modern as it is pitifully debased. St. Philaret of Moscow casts the question in a wholly different light:

Some people by the word freedom understand the ability to do whatever one wants … People who have the more allowed themselves to come into slavery to sins, passions, and defilements more often than others appear as zealots of external freedom, wanting to broaden the laws as much as possible. But such a man uses external freedom only to more severely burden himself with inner slavery. True freedom is the active ability of a man who is not enslaved to sin, who is not pricked by a condemning conscience, to choose the better in the light of God’s truth, and to bring it into actuality with the help of the gracious power of God.

It is clear from the lessons of the twentieth century that it is far more effective to deprive a man of this true freedom by exploiting his passions rather than by mere outward repression. And it is likewise clear that corporations, the press, and even the public itself are just as capable as government agencies of putting such a strategy into effect.

So in what way is religious freedom primarily being attacked by modernity? What passion is being exploited? Quite simply: vainglory. It is the desire to please men rather than to please God. It is the desire to fit in, to be seen as open, accepting, tolerant and loving. It is a passion to which the Christian world is tripping over itself to bow down. As French points out quite soberingly:

You can win all the Supreme Court cases you want, but if the faithful don’t maintain the moral courage and strength of conviction to tack into the cultural headwinds, it will all be for naught… The Catholic Church won’t change its teaching in the face of this controversy, of course, and some institutions do in fact emerge from such tests stronger and more vital. But others fail. Others compromise. And with each compromise, the forces of conformity win, religious “freedom” is further circumscribed, and we learn once again that politics is far downstream from culture.

This point is indeed significant, but it is not ultimately the crux of the matter. Yes, we Christians must expect nothing less than what our Savior promised us: “ye shall be hated of all men for my name’s sake.” We must embrace this cross rather than shirking it, rather than trying to appease a world that will never for a single moment accept us so long as we remain truly Christian. But there is something even greater that we must do. And that is to do what the Lord commanded just a few verses later: “What I tell you in darkness, that speak ye in light: and what ye hear in the ear, that preach ye upon the housetops.”

To put it simply, we must preach the Gospel of the love of God. We must tell them a better story about what it means to love another human being. Because the world is starving for love, even for divine love, but it can no longer see this love in Christian teaching. This is a testament both to our deep failure as Christians, as well as to the cunning of the Devil:

That the Enemy enjoys the degradation of humanity is a given. But always, his ultimate target is the Ark of Salvation itself, the Church – to bring it under ostracism and persecution, and to direct people away from its saving message. That the kindly intentions of well-meaning people have been turned to hostility towards the Church’s traditional teaching, and towards the Church herself, is an extraordinary accomplishment of his malice and art.

As the article just cited points out, the fundamental lie is that we as human beings are ultimately and fundamentally defined by our desires. The lie is that our sexual proclivities are our very selves. The lie is that we are nothing more than the thoughts that we think and the things that we want. And so when a Christian says that a desire is wrong, any person who experiences such a desire has been trained to hear only: “I hate you and everything that you are.”

It should go without saying that this is utterly false, that everything Christ taught was taught only with love and compassion for every single man and woman. It should go without saying that every word we speak must be spoken with nothing less than this same love. So this is the battle that we need to fight. If we don’t learn to tell the world this story, and tell it in a way that it can understand, then as French says, all our efforts for that same world truly “will all be for naught.”