It is planned that the film will be shown in California (USA) at the Architecture Design Art Film Festival program in March 2021.
Pravmir.com team | 12 March 2021 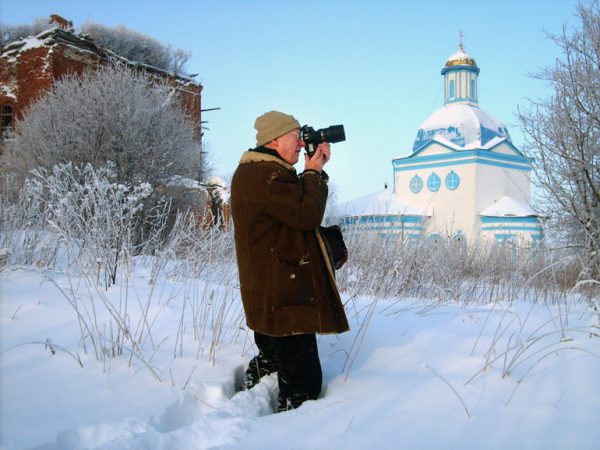 A documentary about William Brumfield, a professor of Slavic Studies, who personally took over 150,000 photographs of Russian Orthodox churches, will be shown at the A.V. Shchusev State Museum of Architecture in Moscow on  March 13 and 14.

The documentary film by Irma Komladze titled “The Treasure of William Brumfield” tells about a professor of Slavic Studies at Tulane University, author of numerous monographs on the history of Russian literature, photographer, member of the Russian Academy of Sciences, curator of the collection S.M. Prokudin-Gorskii (Library of Congress), reports the website of the Museum of Architecture.

William Brumfield, 76 years old, has been photographing Russian Orthodox churches for 50 years, creating a collection of more than 150 thousand photographs. Moreover, these images are not stored chaotically, they are archived and systematized, a storage method and a notation system have been developed for them.

In particular, the professor-photographer creates entire photo plots based on the photo locations of the famous Russian photographer of the late 19th – early 20th centuries, Sergei Prokudin-Gorskii.

“We made a film about a man who has found his treasure in Russian culture and who devotes his whole life to educational service, “propaganda”, literally, of Russian culture in the West,” said the author of the picture, Irma Komladze.

She added that right before the release of the film, by the decree of the President of Russia, William Brumfield was awarded the Order of Friendship of Peoples.

“This is very important for William and for us, there were very few holders of such an award throughout the Russian-American relations,” Irma Komladze emphasized.

The film was created by the Sretenie Center for Cultural Initiatives with the support of the Ministry of Culture of Russia and sponsorship of the Phosagro company.

It will be possible to see the film free of charge (by prior registration) on March 13 and 14 at the State Museum of Architecture.

It is planned that the film will be shown in California (USA) at the Architecture Design Art Film Festival program in March 2021.