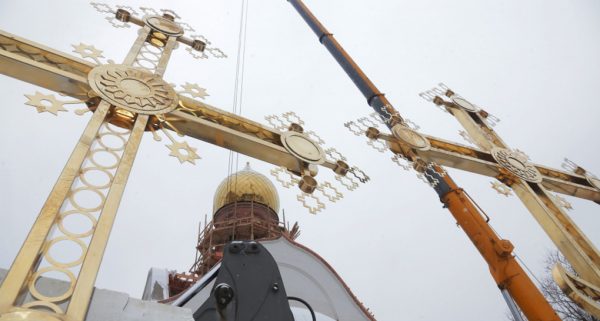 The first church in honor of the Holy Royal Martyrs, erected in the Yasenevo area in the north of Moscow, is planned to be consecrated with a great rite in May of this year, said the curator of the Program 200, deputy Vladimir Resin.

“The builders will complete the improvement of the territory of the complex by the end of April. It will be necessary to make landscaping and lay paving slabs. The great consecration of the church will be carried out after the completion of these works. The church and the parish house are fully completed and are ready for the upcoming solemn ceremony,” said Vladimir Resin during a special meeting, reports the Interfax-Religion.

This church with a capacity of 250 people was founded in the year of the 400th anniversary of the House of Romanov. The construction site was visited by the Grand Duchess Maria Vladimirovna.

According to the “Program 200”, this church is the first in the capital, which is dedicated to the holy royal family, and the first church in the Northern Administrative District, which was erected within the framework of the program.

In total 1,161,000 people live in this district today, and six new churches are being built there under the Program 200.