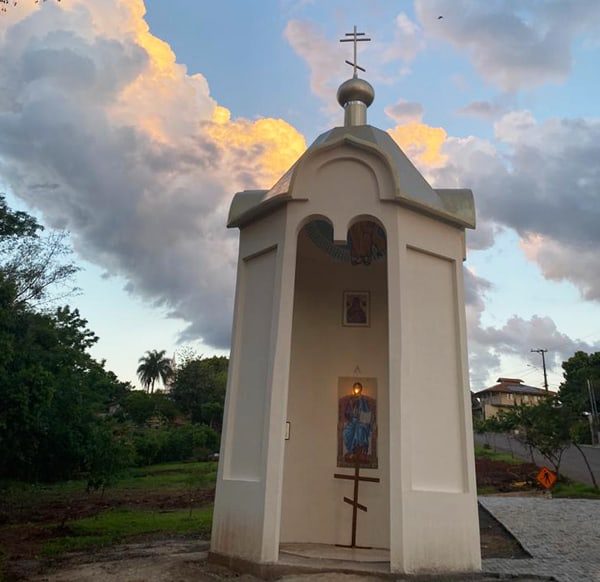 On October 9, in the city of Campina das Misoins, the state of Rio Grande do Sul (Brazil), without exaggeration, a grandiose event took place, which was awaited with great joy. The solemn opening and consecration of the Orthodox chapel in honor of Saints Cyril and Methodius, Equal to the Apostles, took place. It is noteworthy that in the year of the 75th anniversary of the founding of the Argentine and South American Diocese and the 75th birthday of His Holiness Patriarch Kirill of Moscow and All Russia, the city of Campina das Misoins was awarded the title of “Center of Russian Culture” in Brazil (Berco da cultura Russa em Brasil). This became the starting point in the implementation of promising projects to strengthen constructive and friendly relations between Russia and Brazil, acquaintance with Russian culture and traditions in Brazil. 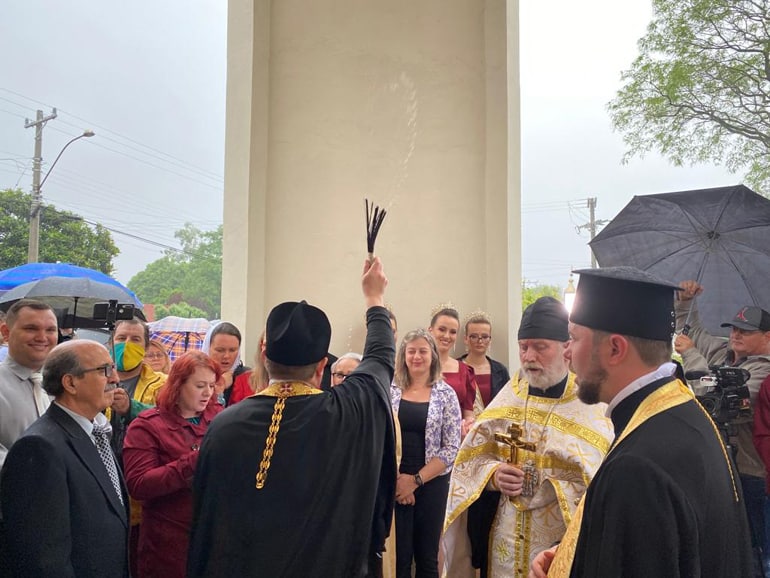 The chapel was designed by an architect from Belgorod, Nadezhda Kirgeeva, based on the idea of ​​the former rector of the parish, Hegumen Innokenty (Denshchikov), together with the president of the Russian cultural association in Campina das Misoins (Brazil), Jacinto Anatoly Zabolotsky. In a short time, a location was selected, all the necessary documents and permits were obtained, and construction began. According to eyewitnesses, few then would have thought that in such a short time it would become possible to build a chapel, to arrange a park that transformed the appearance of the city center. 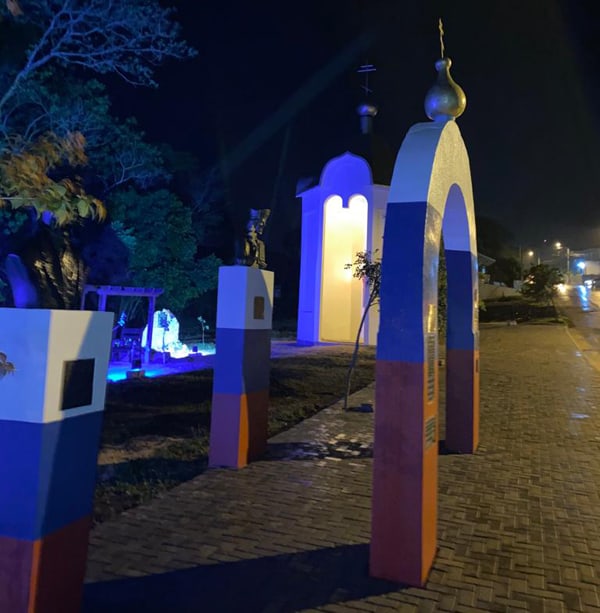 The opening ceremony was preceded by a solemn Divine Liturgy, which was led by the Dean of the Brazilian Church District, the rector of the church in honor of St. Sergius of Radonezh in Porto Alegre, Archpriest Anatoly Topala, in concelebration of the priests of the Brazilian deanery who arrived at the celebrations. It is significant that the consecration of the chapel was planned precisely on October 9, when the Holy Church honors the memory of the Apostle and Evangelist John the Theologian. This day is the feast day of the Orthodox parish in Campina das Misoins. At the end of the festive Divine Liturgy, Archpriest Anatoly Topala, Dean of the Brazilian Church District, on behalf of the Governor of the Argentine and South American Diocese, Bishop Leonid, handed over bishop’s letters and letters of thanks to all those who worked especially hard on the foundation and construction of the chapel.

The festive events were attended by the mayor of the city of Campina das Misoins, Carlos Justen, representatives of the government of the state of Rio Grande do Sul, the official representative of Rossotrudnichestvo in Brasilia Sergey Alexandrovich Shumilov, correspondents of ITAR-TASS, BRICS and other television companies. There was also a live broadcast on the parish page on the Facebook social network.