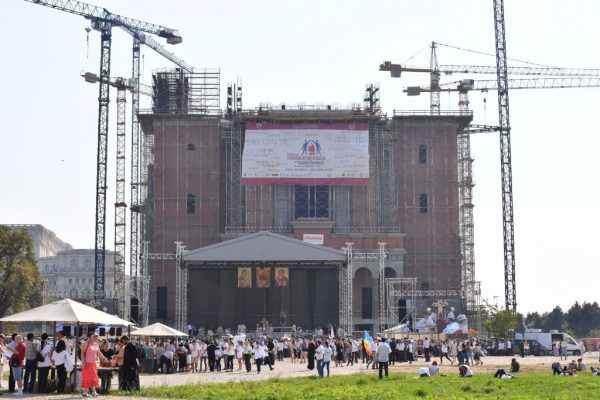 Thousands of Orthodox young people from around the world, as well as believers from Bucharest and across the country, participated on Sunday, September 4, at the first religious ceremony organized at the People’s Salvation Cathedral in Bucharest. Patriarch Daniel, the head of the Romanian Orthodox Church, officiated the Holy Mass.

Some 2,500 young people attended the Orthodox Youth Meeting in Bucharest last week. The event ended on September 4, with the religious ceremony organized at the People’s Salvation Cathedral.

The Cathedral, which is to be the largest church in Romania, is currently under construction near the Parliament’s Palace. According to Patriarch Daniel, the Cathedral could be consecrated on December 1, 2018.

The Bucharest General Council recently voted for the allocation of a RON 15 million (over EUR 3.3 million) financial support for the Cathedral.