First Romanian Church in Africa to be Consecrated this Saturday

Source: Basilica.ro
A new church dedicated to Saint Andrew the First-Called who is considered the Protector of Romania will be consecrated this Saturday in Johannesburg, South Africa.
Aurelian Iftimiu | 29 November 2019 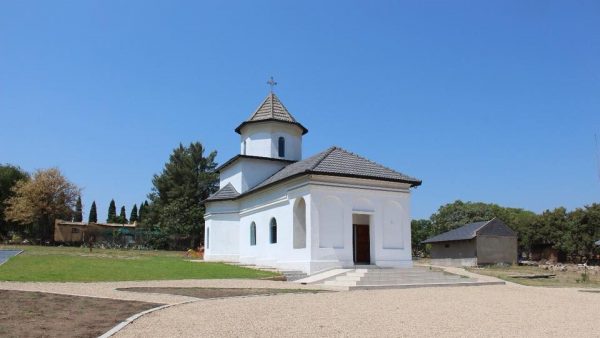 The consecration ceremony will be officiated Nov. 30 by His Eminence Metropolitan Iosif of Western and Southern Europe.

The event represents the crowning of the efforts of the Romanian community that started 6 years ago when the foundation stone of the church was laid in the suburb of Midrand.

At present, the place of worship is fully painted and equipped with the necessary liturgical objects, so that the consecration service will take place in the context of the parish’s patronal feast and the National Day of Romania.

The ceremony will be attended by the Romanian Ambassador in South Africa Marius Boranescu.

The history of the Romanian Orthodox Parish in South Africa dates back to the year 2000, when the Romanian community in Johannesburg founded the Saint Andrew Romanian Christian Orthodox Association (SARCOA).

On February 7, 2002, the parish was officially registered in the official Company Registration Service in Johannesburg.

In 2000-2002, the divine services were held in private spaces, and between 2002-2008, Romanians prayed with Greek, African and English believers at the “Saint Nicholas of Japan” Church in Brixton.

Between February 2008 and July 2008, the services were held in a chapel at the priest’s residence in Edenvale.

In 2008, Father Mihai Corpodean was transferred to the Romanian parish in Auckland, New Zealand, the Johannesburg parish community being taken over by priest Răzvan Tatu.

Since his arrival in Africa, the liturgical services have been officiated at the “Saint Nectarios” Church in the Orange Grove neighborhood.

Subsequently, a plot of land was bought in Midrand, where the first Romanian church in Africa is located.