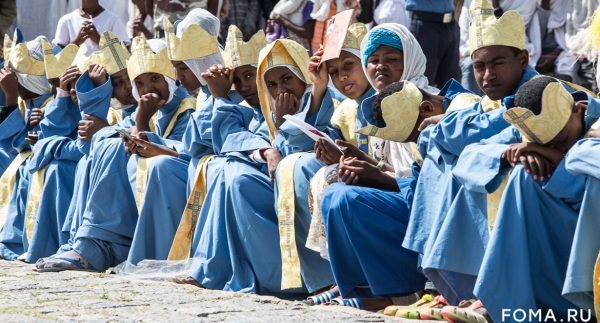 Christian churches and organizations should join in an alliance to more effectively work to protect African Christians who face severe persecution in many countries, said Metropolitan Hilarion, Chairman of the Department for External Church Relations of the Moscow Patriarchate (DECR).

“On behalf of the Russian Orthodox Church, I would like to call on all interested forces, primarily Christian Churches and organizations, to join in an alliance to stand up for persecuted Christians in Africa,” said Metropolitan Hilarion said during the international online conference “On the Situation of Christians in Africa” that took place on December 22.

The metropolitan noted that today “the epicenter of the persecution of Christians has moved to Africa where more and more of our brothers and sisters are persecuted and killed for their faith practically every day”.

The representative of the Russian Church noted in particular, that it is especially difficult for believers in Nigeria, where “terrorists are destroying entire Christian villages, persecuting their inhabitants on religious grounds.”

“The main goal of this conference is to consolidate the efforts of Christian denominations and international organizations that support African Christians,” Metropolitan Hilarion stressed. “We must regularly exchange information about what is happening and, above all, create conditions for the voice of suffering Christians in Africa to be heard. At the same time, we need to think about how to combine our efforts in implementing joint humanitarian initiatives on the African continent.”.

His Eminence Hilarion noted that, thanks to outside Christian help, some degree of normalcy is returning to the life of Syrian Christians, with infrastructure, schools, churches, and monasteries being restored.

The conference also included presentations from clergy from a number of Christian denominations and representatives of international organizations, all of whom supported Metropolitan Hilarion’s call and offered their own experiences with and perspectives on Christian persecution in Africa.