First Russian orthodox monastery could be opened in US Capital 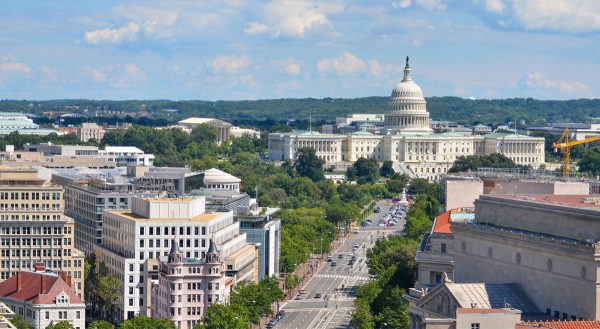 “In the area, not necessarily in D.C… It will be Russian tradition, of course, you know, the services will also be in English, as well as in [Church] Slavonic… [The monastery] has a very specific outreach [program] to educate people about Orthodoxy and Russian culture and Russian spiritual culture,” Metropolitan Jonah said, answering a question about his plans to establish a monastery in Washington D.C.

The monastery would be designed for educating people and would become the first Russian monastery in the vicinity of the US capital, as the only existing Orthodox monastery is of the Greek tradition, although, it had previously belonged to the Georgian Orthodox Church, he added, noting that the most important current task is to find the required funds and a suitable site, which may be outside of the city proper.

“We have the Holy Archangels Orthodox Foundation, which has been supporting my ministry… which will be a good initial basis to support the monastery. It’s hard to state [the amount of funds needed]. If we go in stages, we could get started from about $500,000. To build a complex, it will probably be at least two million,” the bishop outlined.

Jonah noted the Washington D.C. area needed a Russian monastery not only because of the Russian emigrant population in the US capital but also due to the many Orthodox worshipers with different backgrounds living in the area.

The monastery’s brethren currently consists of three or four people, but it is set to grow, the bishop said, explaining that services are currently held at his own house and are attended by a small number of worshipers.

Jonah was the Archbishop of Washington and New York and Metropolitan of All America and Canada of the Orthodox Church in America (OCA) in the period of 2008-2012. A year ago, the metropolitan was accepted as a bishop of the ROCOR, a part of the Russian Orthodox Church. Previously, Jonah served as abbot of the St. John of San Francisco Monastery in California for 12 years.