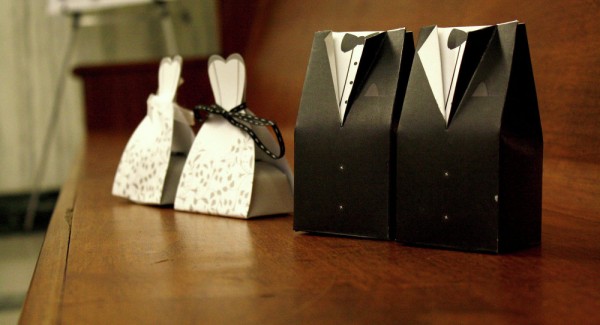 “This is a big day for many couples and their families, but it is also a milestone moment for Scotland as a whole. After many years of campaigning, we have overturned discrimination in the law and same-sex couples now have the equal rights and recognition that they should always have been entitled to,” human rights activist Tom French said Wednesday, as reported by the paper.

The Marriage and Civil Partnership Act, legalizing same-sex families in Scotland, was passed by the parliament in February and came into effect December 31. Joe Schofield and Malcolm Brown, and Susan Douglas-Scott and Gerrie Douglas-Scott were the first two of 17 same-sex couples to marry on the last day of 2014, according to The Guardian.

In February, the Scottish Catholic Church and the Church of Scotland expressed their disapproval of the bill, stating they would not conduct same-sex marriage ceremonies. In 2013 a “Scotland for Marriage” campaign opposing same-sex families was launched. About 250,000 leaflets were distributed across Scotland and a petition against same-sex marriages was signed by more than 50,000 people.