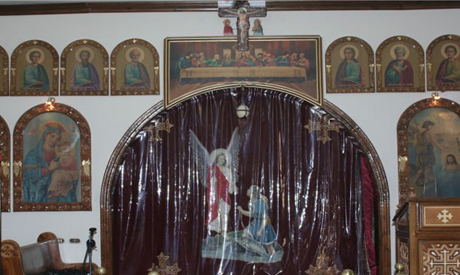 Unknown assailants in a vehicle reportedly opened fire on guards outside Archangel Raphael church in Al-Agamy, west Alexandria, injuring one police corporal and four passersby.
They were transferred to hospital for treatment.

Attacks on police and army personnel, especially at security sites but also those guarding positions near civilian institutions, have been recurrent since the ouster of Islamist president Mohamed Morsi in summer 2013.

On 9 March, two policemen were injured when unknown assailants opened fire outside the Franciscan Sisters School in Beheira governorate.

Anti-government Islamist militant groups have claimed responsibility for several attacks, particularly in North Sinai where the army has been facing a decade-long jihadist insurgency has intensified recently. Hundreds of military and police personnel have been killed in attacks.

The army has announced killing and arresting hundreds of “terror” suspects in return. Civilians too have often fallen victim during attacks.