For actor Jonathan Jackson, embracing Orthodoxy was not just conversion, it was “coming home”

Source: Basilica.ro
American actor Jonathan Jackson granted to TRINITAS, the Television of the Romanian Patriarchate, an interview about his conversion to Orthodoxy and how he lives faith.
Ștefana Totorcea | 19 September 2020 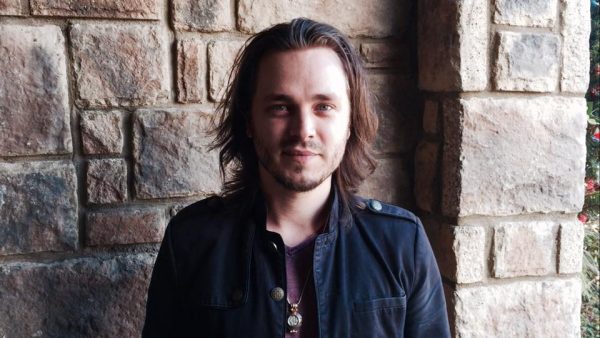 When he was asked to describe Orthodoxy in three words at most, the actor chose “coming home”. He added: “to a place we’ve always known. I don’t really look at this like I’m converting. What it feels like to me is that I’ve always been Orthodox and I just didn’t know it”.

The actor recounted his journey to Orthodoxy, which began in 2007, when he came to Romania for a shooting session. One night, through his hotel window, he saw a crowd of people walking in the street with lit candles in their hands. “It was amazing. We didn’t really know what they were doing. Then somebody told us: ‘Christ is risen!’”

“We thought it was just so beautiful [that] for 40 days they would say: ‘Christ is risen!’ So I think those were the seeds planted inside of us. It’s kind of funny looking back because I still had no idea about Orthodoxy, even though we were right there, in the middle of it!”, he said.

Before and after Baptism

The next years, he and his wife read a lot and had a lot of spiritual searching. “I’ve been journeying through everything with Elisa”, said the actor.

“We would have conversations late at night for hours. I think the first time I talked to her about it was when I started reading about the Great Schism. I said: ‘I know this sounds crazy, but I think the Orthodox Church is the actual Church, I think it is the original faith!’”

The first time he assisted to the Orthodox service of the Divine Liturgy, prayer helped him overcome the wish to run away and start feeling like in Heaven – in only 45 minutes.

When he brought his family to the Orthodox church, the easiest was for the children: “They loved the icons, they just thought it was beautiful. It was harder for me and for my wife, we had all these intellectual issues”.

From that moment and until the baptism, “it was constant wrestling”. That is why he emphasized: “Becoming Orthodox, for me was not choosing a preference. It was actually challenging my preferences”.

The actor added that the most difficult part for him was to enter the peaceful and composed atmosphere of the Divine Liturgy, especially as he had not been raised in this spirit. “The Liturgy brings us into stillness and silence, and stillness and silence is not something modern people are very good at”, he explained.

In 2012, on Holy Saturday, Jonathan and Elisa Jackson with their children received the Orthodox Baptism. “It was an amazing experience! I had Father Nicholas’ voice echoing in my mind for probably two weeks, for a long time. When I would start to go to sleep or wake up I would hear his beautiful voice saying: ‘The seal of the Gift of the Holy Spirit!’”, the actor recalled.

“When we walked out of the liturgy, I and my wife talked about this: it was like we would see colours differently. We’d just see colours in a more vibrant way. It was not the emotionalism of this high experience, but it’s really subtle, beautiful and transformative grace that takes place. So that’s what I remember about my baptism.”

Before and after Mount Athos

Asked what it meant, the actor explained: “It’s almost like when you have children. Intellectually, you can remember a time before they were in your life, but, in some sense, it feels like they’ve always been there”.

“That’s kind of how it feels for me with the Holy Mountain, with being in the Orthodox Church, even [with] venerating the Mother of God and asking for her prayers. I remember, certainly, the time before I asked for her intercessions, but in my heart, it feels like it’s always been there”, he added.

“I can look back and say the first time I went to Mount Athos was in 2015, in chronological time it has been only five years, but it feels like it’s been my whole life.”

“I’ve been hoping and praying for a few years that an Orthodox monastery be found in Ireland and it was incredible to find out that this was happening”, he said. “I humbly believe that Orthodoxy deserves to be experienced here, in Ireland.” The actor also said that monasteries are vital on this purpose, as “they offer healing”.