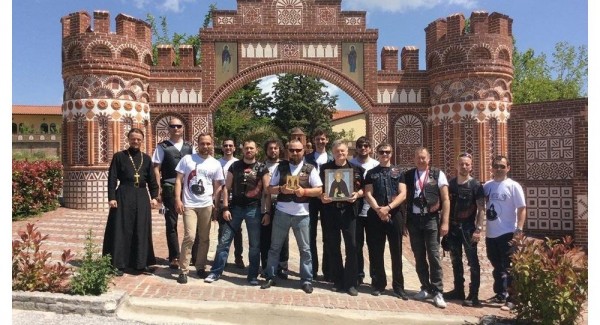 Members of the club, gaining renown in Europe last year due to controversy over their Moscow-Berlin tours dedicated to the Soviet victory over Nazi Germany in World War II, are currently located in Greece to celebrate the 1,000th anniversary of the Russian settlement on Mount Athos in 1016.

On May 20 (May 7 according to the Julian calendar), Orthodox Christians celebrate St. Anthony of the Caves, the ‘father of Russian monasticism’. The Night Wolves’ Holy Mountain moto-pilgrimage includes priests from the Trinity Sergius Lavra in the Moscow region, as well as Orthodox believers from Bulgaria, Belarus and Serbia.

Speaking at a press conference in Athens, club representative Strogov said that the bikers “want to make the trip to Greece an annual thing. Our mission is the unity of people of Orthodox faith.”

The spokesman invited Greek bikers to Russia and promised that the Night Wolves would provide support for any pilgrimage groups. According to Strogov, the bikers have been organizing pilgrimages over the past 10 years, but this year is the first time that they’ve gone to Greece.

“This is our first pilgrimage to the Hellenic Republic. We started out from Thessaloniki on May 12. We visited several monasteries and temples, and in Athens plan to visit the Russian Church and the cemetery in Piraeus where we will lay a wreath to our sailors, who fell in battle for Greece’s freedom [during the Second World War].”

Later, the bikers plan to ride to Corinth, Patras and to return to Thessaloniki through Meteora. A second group will ride from Athens to Mount Athos in the Vatopedi monastery, whose chaplain the Night Wolves have known for many years. 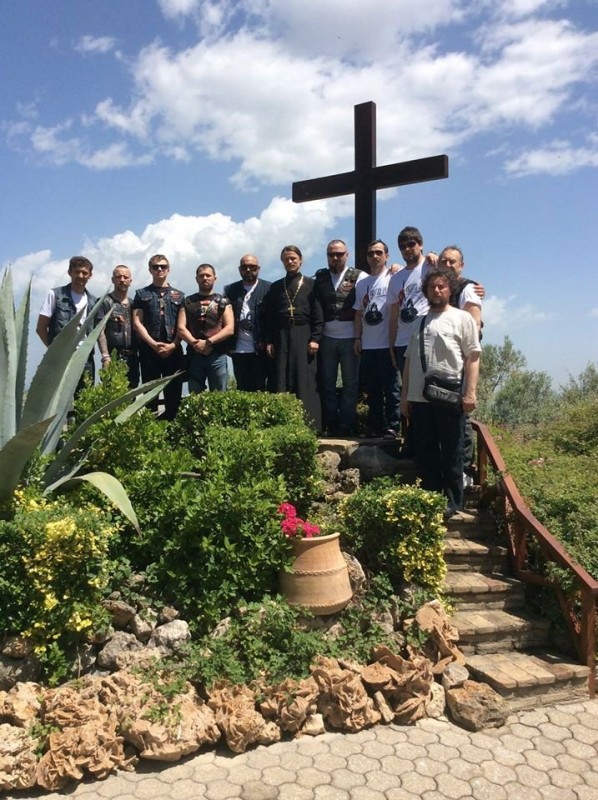 “We are taking icons with us – gifts to the monasteries and temples of Greece, a nation which is very dear to us; we will also take return gifts back to Russian Orthodox monasteries.”

Strogov noted that the bikers’ journey to Greece has not been without its hiccups. “Polish authorities canceled a number of visas for our bikers, and they could not get to the route on their own bikes. We had to fly to Greece by plane and to try to rent bikes on the spot.” Other bikers had to travel by car.

For his part, club spokesman Vladimir Smirnov said that he wanted to thank the Greek people for their hospitality. “We get the feeling that we’ve come home. All the people and all the monasteries have met us very warmly,” the biker noted.

“In the beginning of our journey, we were surprised by Polish authorities, who seem to be afraid of wreathes and Orthodox moto-pilgrimages. We had a large group, everyone had the necessary documents, but several dozen people were stamped ‘refused entry’. In Ukraine, in Kharkov, our group was beaten up for laying wreaths to monuments and standing up for veterans. But despite everything, we made it, and we are very happy by the reception we have been given. The Greek Consulate gave us visas without any problems. Thank you!”