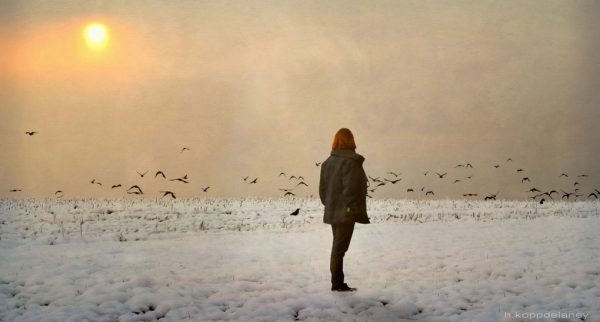 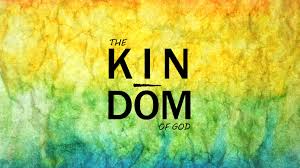 Several times a week I drive past a certain church, and recently I was moved by curiosity to find out what their services were like. Since our province is currently under lockdown and gathering for Christian worship inside is against currently the law (yes, you heard that right), many churches make their services available through live-stream. This church did too, which allowed me to visit them online and observe their services. At one point in the service the Minister said the Lord’s Prayer, which was subtitled on the screen for the hearing-impaired. It began, “Our Father-Mother who art in heaven” which, given that the denomination was quite liberal, did not much surprise me. But soon the Minister prayed, “Thy kin-dom come”. At first I assumed that it must have been some sort of typo, since there is no such word as “kin-dom”. Being a bit deaf myself, I also thought I must be hearing him wrong. But it appeared again at the end of the prayer as well: “For Thine is the kin-dom, and the power, and the glory forever. Amen”.

Never being one to leave well enough alone, I immediately Googled “kin-dom”. There it was. It was not a freaky typo, but a real thing after all. On the webpage of Christian Feminism Today, in an article by Reta Finger, I read the following: “The term ‘kin-dom’… replaces the male-oriented, imperialistic word ‘kingdom’ that we find in the Lord’s Prayer and elsewhere in the New Testament…Many Christian feminists have been using [this term] for several decades.” Of course. The idea (to quote Ms. Finger) was that it “better reflects the kind of society Jesus envisions—a shared community of equals who serve each other.”

There is some truth to that, of course. In the Church there is a kind of egalitarianism wherein “you all are brethren” (Matthew 23:8 RSV). We in the Church are to not use authority as the world uses it. The Lord said, “You know that those who supposed to rule over the Gentiles lord it over them, and their great men exercise authority over them. But it shall not be so among you; but whoever would be great among you must be your servant, and whoever would be first among you must be slave of all” (Mark 10:42-44).

That said, we are still told by the Lord not to pray for a “kin-dom”, but a Kingdom—a βασιλεία/ basileia—for the reign of God which is emphatically imperialistic. God is not some sort of group facilitator. He is the βασιλεύς/ basileus, the King, the Emperor, one who brooks no rivals and who demands complete and universal submission. Our salvation is contingent upon our freely offering to Him this complete submission. Whatever sense of shared kinship we have with each can only exist and thrive after we first acknowledge His absolute authority.

The first sign of such submission to Him is that we do not tamper, edit, correct, or otherwise monkey around with the prayer which the Lord Himself gave us. He instructed us to pray that His Kingdom may come—a reign in which all souls submit to Him. We are not free to alter this prayer because it flies in the face of current feminist fads. God revealed Himself as a Father, not a Mother, and His rule over us is a Kingdom. If we would be a part in that Kingdom, we must begin by putting aside our current theological obsessions and enthusiasms and accept what He has said, however much they might conflict with the dogmas of our secularized age.

Accepting that our Father is our Basileus and King also means accepting that our reality is hierarchically ordered. That is, God’s authority is mediated, and comes to us through a chain of authority, so that the authority of those above us ultimately comes from God.

We see this in many ways. For example, in our government. Whatever my government’s flaws (and they are many) its authority ultimately comes from God. The true alternative to governmental authority is anarchy, the rule of the jungle, wherein the schoolyard bully and his gang run everything, and the weak and helpless are crushed. That is why St. Paul said, “There is no authority except from God, and those that exist have been instituted by God” (Romans 13:1-2). That does not mean that we must passively submit to every tyranny. We may protest tyranny, corruption, and incompetence, and here in the West anyway, may replace rulers through democratic process. But it still means that the rule of law has been established by God as the only real alternative to anarchy. God rules and restrains evil through human government, however flawed that government may be.

We see this in the family as well. We respect the human authority of our parents because they are endowed with divine authority, and so abuses aside, disrespecting their authority means disrespecting God. That is why the Scriptures says that we should rise up in respect for the person whose hair is white with age, for this shows our respect for God (Leviticus 19:32). Again, this does not mean that one may never disagree with one’s parents, especially if they use their authority unwisely or abusively. But it does mean that the authority they have comes as a gift from God.

We see this also in the Church. All authority in the Church is delegated authority, and despite the fact that all Christians are brethren and are ontologically equal, they must respect the hierarchy that is over them. To respect the church leaders is to respect Christ who gave them their authority. That is why we are told to obey our leaders (Hebrews 13:17). When we welcome and accept the authority of the person Christ sent, we welcome and accept Christ (Matthew 10:40). All reality is hierarchically-structured, and so the Church is hierarchically-structured too. That is what it means to say that God is our King. Criticism of church leaders is allowed and even necessary at times, but it must be combined with a certain respect for the office itself.

One of course is always tempted to look around horizontally and not look up vertically, to focus our attention not upon the God above us in all His perfection, but upon those below Him and around us with all their flaws, those to whom He delegates His authority. God has said we must stand up in respect before the person whose hair is white with age. We can hardly keep from asking, “But what if the person with white hair is an idiot?” It doesn’t matter. Stand up in respect anyway. Criticism is easy, and rebellion can always find quick justification in the flaws of those we see around us. I could easily point out to anyone interested the flaws of my father, as my children could easily point out mine. That is why rebellion is a perennial temptation for the fallen children of men. It is also why God warned us in advance to respect those who are over us. They may be our kin, but they are still in charge.

Democracies are wonderful, but the Church is not a democracy. It is a hierarchy, a Kingdom. It is so in this age, and will be so in the age to come. A “kin-dom” is not going to come, however much some may pray for it. A Kingdom is.