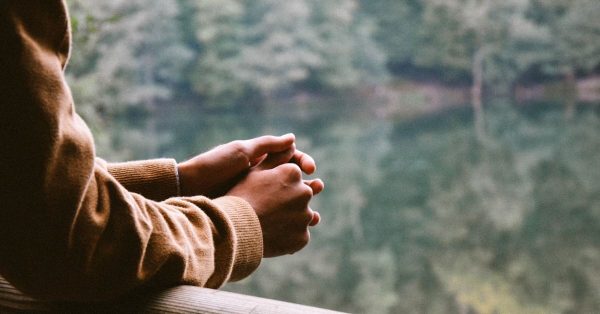 And he told them a parable, saying, “The land of a rich man brought forth plentifully, and he thought to himself, ‘What shall I do, for I have nowhere to store my crops?’  And he said, ‘I will do this:  I will pull down my barns, and build larger ones, and there I will store all my grain and my goods.  And I will say to my soul, Soul, you have ample goods laid up for many years; take your ease, eat, drink, be merry.’  But God said to him, ‘Fool! This night your soul is required of you; and the things your have prepared, whose will they be?’  So is he who lays up treasure for himself, and is not rich toward God.”  (LK. 12:16-21)

Whenever I hear this particular parable, I think of the words of Tevye the Dairyman in Shalom Aleichem’s delightful Yiddish stories about that warm and attractive character.  (Also, of course, the main character in the musical “Fiddler on the Roof”). In his musing about God one day, Tevye said:  “The more man plans, the harder God laughs.”  Profound theological thought from a poor dairyman!

It is hard to recall a more straightforward parable in terms of its over-all meaning and intent.  The Lord is here speaking of the inevitability and unavoidability of impending death.  Death is universal and ubiquitous.  And it remains the great equalizer between rich and poor. More specifically, though, the Lord is here dramatizing an unexpected death, one that catches a person totally unprepared and thus rendered a “fool” in the process.  The rich landowner’s foolishness is revealed in the fact that he had forgotten about God in his pursuit of his “treasure.”  His forgetfulness is his foolishness. There is no indication that the landowner was a particularly sinful person.  He may have even seemed pious and God-fearing on the surface.  But Christ often specifically warns against surface appearances, or what we call “lip service” to God, while the heart is actually quite distant.  Then again, the word sin, from the Gk. amartia, actually means “missing the mark.”  So, while a person may refrain from committing sinful acts, that same person can be completely “missing the mark” when it comes to a real relationship with God.  One can have social status and be totally lost at the same time.  The rich landowner reached a point where he began to evaluate everything in life based on the “self” and not on God.  His “portfolio building” resulted in an impoverished relationship with God.

Universal truths are often taken for granted or limited to banal platitudes of recognition.  This is probably the most true when we speak of our own impending deaths.  It is so true, that very truth has lost any revelatory dimension.  There is also the unconscious denial and the rationalizations that we use to “cope” with the hard truth of death.  And we cannot spend our time living in fear of an unexpected death.  That would only paralyze our capacity for living.  Yet, how many human beings throughout the world will this very day experience what the rich landowner of the parable did!  A “cardiac episode,” a fatal accident, victimization through a horrific crime.  This is the “stuff” of daily living.  And these things will happen to countless human beings this very day.  A Christian needs to have a realistic awareness of precisely such possibilities.  But beyond such a realistic awareness, hopefully a life rich toward God.

This parable is not about creating a sense of fear or trembling in the face of death.  Our Christian hope is meant to liberate us of just such anxiety and fear.  However, I believe that we can speak of a “warning” given to us by the Lord.  Or perhaps a call to vigilance and preparedness.  Of setting our “priorities” in order, as we may say today. We need not be so swept up in our activities and pursuits that we forget God in the process.  There is no real excuse for that. Such an outcome renders our “successes” null and void. When we inevitably die and leave behind everything that we have accumulated, we can either hear the words, “Fool!” as in the parable; or “Well done, good and faithful servant!”  According to Christ this will depend on whether or not we spent a lifetime trying to get “rich towards God.”

“Enlighten me through prayers and fasting” [Forgiveness Vespers]. Within the context of Great Lent and our ascetical effort…