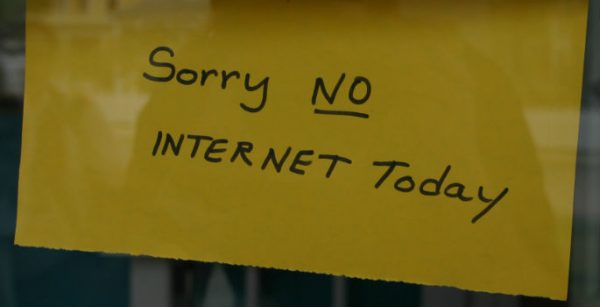 “Enlighten me through prayers and fasting” [Forgiveness Vespers].

Within the context of Great Lent and our ascetical effort during this season, commonly called fasting, I would like to raise the issue of not only fasting from certain foods and drink—the most basic aspect of asceticism because of our sheer dependence on food and drink—but also of “fasting” from the amount of time we spend daily before a variety of screens:  television, computer, tablets, movie, smart phones, etc.This raises the issue of “Orthodoxy and technology,” a fascinating issue and one that should generate a good deal of theological/spiritual reflection when we think for a moment of our overwhelming dependency in the contemporary world on technology. We may be able to live without technology, but we would hardly be able to function without it. However, my goal is much more modest, as I will explain momentarily.Without entering into a philosophical/theological discussion about technology, we can at least state that Orthodoxy is in no way anti-technological. Although some Orthodox bishops, priests, and monastics may awaken visions of the Amish, there is no real similarity in worldview when it comes to technology. You may just contact any one of those Orthodox persons through their computers and smart phones—but not the Amish! Or you would be impressed by the web sites and overall computer sophistication of both Orthodox seminaries and monasteries. This is to state the obvious.The Church has never moved to suppress technology or, for that matter, any progress in all of the sciences. This is a crucial aspect of our human capacity to think and create, setting us apart from the rest of the animal world. Yet, one more issue unavoidably related to this is that of the abuse of technology, when it is severed from any clear moral and ethical restraint. Our thinkers and theologians are struggling to keep up with the exponential and seemingly daily moral/ethical challenges that arise out of the obsessive desire to keep pushing forward the frontier of technological progress.

Avoiding these “heavier” issues in this reflection, I would just like to address the more modest issue of our fasting during Great Lent—or, of expanding our understanding of fasting to now include the time spent before our various screens as already mentioned above. It is, after all, Great Lent. Some modest changes in lifestyle or the environments that we create in our homes is an important factor in the overall lenten effort.

With the ubiquitous screen, the questions arise: Outside of our professional obligations and responsibilities, just how attracted, attached, obsessed or, as extreme as this may sound, “addicted” are we to them? How much of that precious commodity of time do we spend in front of screens that could at best be described as distraction, amusement, entertainment, “killing time,” etc.? Can we break through the cycles of surfing, shopping, game-playing, facebooking and blogging that devour huge amounts of our time? And can we show some restraint for the sake of relationships and more serious pursuits which I hope would attract us during Great Lent especially?

To formulate the challenge before us, I would like to turn to an essay written by one of the members of the parish I serve named Emily.  She recently wrote an essay titled “Less is More.” The opening paragraph shows that we are of the same mind in formulating the issues before us:

“In the modern world, nearly every direction one turns, surrounding people appear preoccupied by their own little worlds of music, video games, social networking, or the internet. They appear oblivious to anyone or anything, save the technologies that hold their undivided attention. Nearly gone are the days where families would gather together to read, create, play, or converse with each other. The turn of the century bears witness to a rapid-paced world which observes a degeneration in communication and relationships among individuals. Though many remain unaware, this shift brings with it startling changes, affecting present and future generations alike.”

Well-stated and to the point! And something to think about in a season of restraint and re-prioritizing. Emily mentions reading, playing, creating and conversing. Are our families and friendships suffering deficiencies in those time-honored activities that are based on mental agility, socializing skills and the deepening of loving relationships? Is it dinner and then off to the screen? Have we mastered the “art of distraction?”

If so, can we possibly be surprised if we find it difficult to pray effectively—that is, with some concentration and focus? There is a possible alternative approach: Superfluous time spent before the screen can now be redirected and spent renewing those activities that are either intellectually stimulating (a good book or creative project) or conducive to personal interaction (game playing); or, on a deeper level, “face-to-face” communion (conversing)? Emily writes further:

“Because people do not communicate in person, words and meanings can get misconstrued all too easily. One cannot observe facial expressions or hear tones of voice through the internet, both of which allow the listener to garner a well-rounded impression of what the speaker intends to express…. Nothing compares to quality time given to a person, where one really listens and focuses on getting to know his friends. Human beings are so complex that one cannot get to know anyone very deeply in a diminutive span of time.”

Can you imagine a Facebook entry that states, “In observing Great Lent, this site will be inactive until April 16, the day I celebrate the Resurrection of Christ?!”

What about the screen of the smart phone? This is a wonderful tool for communication that has even been “life-saving,” as we all know of some such stories. You may have to be a modern-day Luddite to argue against the positive use of the cell/smart phone. The important call, the encouraging call, the “where-in-the-world is my child?” call, even the “emergency” call are not what needs to occupy us at the moment.

But here also other questions arise: Beyond all of that, has the smart phone become an extension of our very being? Does it seem to be permanently glued to our ears and/or attached to our hands? Are we lost without it? Do we call and chat in order to… call and chat? (What happened to the spiritual gift of silence?) After all, just a few years ago, we did live without cell or smart phones.

There are styles, colors, sizes, and an endless array of features that turn the smart phone into either a status symbol or a toy—primarily for adults, of course. (Though, at what age now are children equipped with their own phones?). Texting and twittering are producing a certain type of “illiteracy” that is making a wince-creating wreck of the English language, as in “I luv U.” Grammar, spelling, and compound sentences are treated as intrusive. The menus are astonishing for their complexity. The internet is now on your smart phone! And it is also a ready-made camera: Quick! There’s little Johnny running in the years…. How adorable!

Is it possible or even meaningful to show any restraint when living in an age of the screen? If not, then we may be facing the following downward trajectory that can quickly spiral out of control: Attractions become attachments; attachments become obsessions; and obsessions become addictions. Or, as the holy Fathers teach, we become the playthings of our “passions.” We are no longer in control, but under control of our impulses.

As asceticism is not puritanism, so restraint is not repression. All of our ascetical lenten efforts are ultimately directed to our freedom and liberation—to some degree at least—from the myriad dependencies that occupy our bodies and souls. To fast from meat but then to sit in front of the computer for hours surfing, shopping, game-playing, facebooking and blogging somehow points to a disconnect with the overall goal of Great Lent as a “school of repentance” or “journey toward Pascha.”

Professionally and vocationally, we may be living in the age of the screen. I know that I am. I enjoy and try and make something positive of a “cyberspace ministry,” in fact. The irony of writing this meditation on the computer and then launching it out into cyberspace so you will have one more thing to read is not lost on me.

But the challenge remains to retain a degree of freedom from the technological web that can bind us so tightly. Redirecting a lot of our energy—and time!—to prayer, almsgiving and fasting, the reading of the Scriptures and the lenten liturgical services of the Church can create in us the joy of liberation from those very bonds.

Challenges and choices abound!  And this is a crucial aspect of our human capacity to think and create, setting us apart from the rest of the animal world.