Ask God not to Increase your Faith, but your Watchfulness 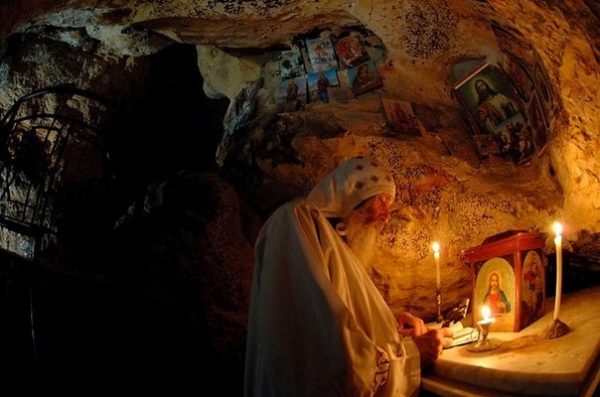 So many Christians want to increase their faith. And why wouldn’t they? It seems only natural. But have they never read when Christ nearly rebuked his disciples for asking him to increase their faith? It’s the passage where he tells them that faith the size of a mustard seed is enough (small faith is enough), and what they really needed was increased obedience and humility (Luke 17:5-10).

Many Christians seem positively obsessed with increasing their faith, imagining that all of their lack, defeat, insecurity, illness, suffering, etc., are due to their lack of faith, hence more faith would give them power over these things.

I believe they are only partially right. It is true that they lack faith (perhaps even mustard seed small faith), but they’re wrong in why they lack it. They lack faith because they treat faith as a concept and not as a mode of being. They lack faith for precisely the reasons Christ gave in the Scripture above: for lack of obedience and humility – the very acts of faith. But the only corrective for these is not more emphasis on faith but by more emphasis on watchfulness.

Watchfulness is taught throughout Scripture and throughout historic Christianity by the saints and ascetics. In the Philokalia (a 4 volume text containing the writings of Orthodox Christian monks and ascetics from the 4th to 15th centuries) watchfulness is understood as literally the opposite of drunkenness; it is sobriety, alertness, and prayerful vigilance; it is the act of keeping watch over one’s inward thoughts and vain conceits; the constant guarding the soul. Watchfulness makes possible the act of praying without ceasing and encapsulates the whole range of the virtues including purity of heart and stillness.

In a word, watchfulness is faith put to work. There is no need to monitor one’s level of faith all day every day, simply engage in watchfulness and goal of faith is accomplished. As mentioned above, faith is not a mental concept but a mode of existence. One is in faith, similar to how one is in love. Faith can only be worked out from the inside; one does not observe faith from the outside and intellectually figure out how it works. Faith is shipwrecked if it is merely cerebral.

And since faith is not an intellectual construct it is absolutely fruitless to think that one approaches closer to faith merely by thinking about it. I have seen a lot of people made quite neurotic by obsessing over increasing their faith. All we can do is increase our watchfulness, and by that fulfill the call of faith.

Athens and Jerusalem: the Role of Philosophy in Faith, with Analysis by St. Gregory Palamas

For me the role of philosophy in Christian faith has always been something like Anselm’s famous motto: “faith…

Most viewed articles
Growing Cold in Faith after a Few Years in Church: Is This Normal?123
Be Thou My Battle Shield109
It’s All About the Resurrection – Reflecting on the Season79
Bishop Irenei Addresses a Symposium on “The Mother of God in Our Lives” in Los Angeles76
Russian Church to Help Provide Lebanon with Vaccines Against Coronavirus70
Orthodox Church Damaged by Earthquake Restored in Philippines54
Over 20 Thousand People Pray for Discrimination of the Ukrainian Orthodox Church41
Volunteers from St George Greek Orthodox Church in Rose Bay gather to cook for the homeless34
How to Survive in Modern City. 8 Essential Conditions1
Most popular authors
Pravmir.com team241
Archpriest Nikolai Markovsky123
Archpriest Lawrence Farley109
Archpriest Gabriel Rochelle79
John Voutos34
Fr. Andrei Gavrilenko1