The Former Mayor of Vyazma Ordained a Priest

Source: Pravmir.ru
Natalya Mihailova | 02 December 2014
November 29, 2014. Alexander Klimenkov, who was the mayor of Vyazma from April 2012 through June 2014, has been ordained a priest. At the present time, he serves at the Protection Church near Vyazma, which was restored at his initiative. 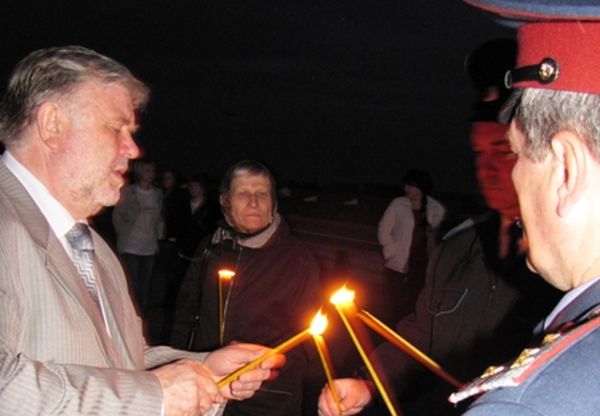 The local newspaper, “The Working Path,” provided this information.

The newspaper claims that the new clergyman is a celebrity in the Smolensk region. Many people know him as a poet, prose writer, composer, author of various books, member of the Russian Writers Unity, and laureate of the M.V. Isakovsky Award. 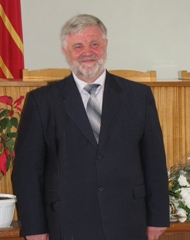 In the past, Alexander Klimenkov was director of a state farm and creator of the “Krivichi” vocal and instrumental ensemble, which he chaired for ten years. He was among those who formed the “Field of Memory” memorial complex.

Being the mayor for over two years, he managed to do many useful things for this town of military glory. He actively participated in the construction of a monument for inmates of the German transit camp titled “Dulag #184.” A cross for veneration was installed at the entrance to the town on Kaluzhskaya Street in memory of those who had died in local battlefields.

After Mr. Klimenkov resigned from the given position, Bishop Isidor ordained him a priest at the Holy Dormition Cathedral Church.

Members of the Smolensk Diocese were not surprised by Mr. Klimenkov being ordained a priest, because he had graduated from the Smolensk Theological Seminary with honors, had been ordained as a deacon, and then a protodeacon, for his achievements for the Russian Orthodox Church. He has served at the same Protection Church, combining his ministry with the public duties.

Most viewed articles
Pătrăuţi Monastery Reopens after more than 200 years178
Can Shame Ever Be Healthy?119
“He Loves Me…He Loves Me Not”102
Receiving Christ and satan90
Woman Expecting MoMo Twins Healed from COVID in Samara. Her Daughters Were Born Healthy63
Patriarch Kirill Sends His Condolences to Queen Elizabeth II over the Death of Her Husband59
Patriarch of Jerusalem: The Annunciation of the Theotokos Announces the infinite love of God53
Victims of 1941 Nazi Bombing Commemorated in Belgrade41
Sunday of the Samaritan Woman3
Don’t Miss The Ladder1
Most popular authors
Aurelian Iftimiu179
Pravmir.com team156
Archpriest Stephen Freeman121
Fr. Gabriel Bilas102
Archpriest Michael Gillis90
Irina Sycheva63
Archpriest Geoffrey Korz1