Source: DECR
Natalya Mihailova | 25 August 2016
On August 24, 2016, four lesser cupolas were installed in a solemn ceremony on the Cathedral of the Trinity under construction on the Branley Embankment in Paris. The cupolas and crosses were blessed by Bishop Nestor, administrator of the Diocese of Chersonese, on March 19, 2016, before the main cupola was installed. 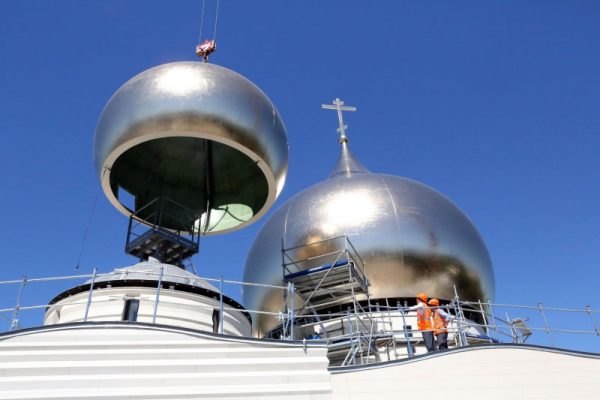