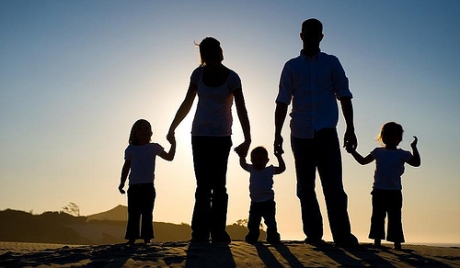 Representatives of French civil society and the Catholic Christian Church who call for protection of traditional family will have meetings with spiritual leaders of different religions in Moscow. The defenders of traditional family from France are going to give speeches in the Russian parliament.

The French delegation will stay in Russia for almost a week, according to the Russian Orthodox Church in the Council of Europe.

The leadership of organization Manif pour Tous that gathered hundreds of thousands of demonstrators against same-sex marriages and adoption of children by same-sex couples in Paris, Lyon and other French cities in 2013 are among the members of the delegation.

Catholic Bishop of Bayonne and Oloron Marc Aillet, representatives of Strasbourg-based European center For Law and Justice, Jerome Lejeune Foundation which opposes abortions, euthanasia and funds Down syndrome genetic research will talk about the importance of not interrupting pregnancy if doctors suspect that the future child will have only 21 chromosomes.

Members of the delegation will meet the Chairman of the department of church external relations of the Moscow Patriarchate Metropolitan Hilarion and the members of the Russian Inter-religious Council. Meanwhile, they are expected to hold consultations in both houses of Russian parliament, as well as the Ministry of Labour and Social Security.

“All this is organized so that Frenchmen will be able to find partners in Russia for cooperation in protection of traditional values,” Hegumen FIlipp said.