Source: Today's Zaman
The Muslim Council in France, home to Europe's largest Islamic minority, denounced the persecution of Middle East Christians on Tuesday and said mosques across the country would pray for them this week.
Natalya Mihailova | 10 September 2014 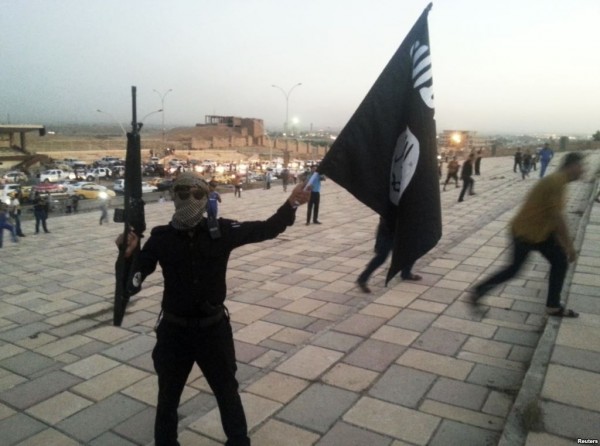 In a joint statement with a Christian group, the Council (CFCM) said “barbarians are perpetrating crimes against humanity” in the region “exploiting Islam as their banner”.

Several French Muslim groups have already condemned the harsh tactics of self-proclaimed Islamic State (ISIL), the radical movement that has declared a caliphate in Syria and Iraq, but this was the first time they got together with Christians to support the victims.

The Vatican and Christian leaders in Western countries have called on Muslims to speak out against the ISIL. Many have, but the decentralised nature of Islam means these individual declarations often carry less weight than a joint effort.

“The signatories reaffirm their support to their Middle Eastern Christian brothers, many of them Arabs, as well as for all other minorities in the region who are now victims of a destructive campaign by these terrorist groups that threaten their existence,” the joint declaration stated.

ISIL militants drove Christians from Iraq’s northern city of Mosul in July, ending a presence stretching back to the early years of Christianity. The Islamist group has also targeted Shi’ite Muslims and religious minorities, executing hundreds of captives in Iraq and neighboring Syria.

“The issue of Middle Eastern Christians is not only one for Christians,” said Patrick Karam, head of the group Endangered Middle East Christians that drew up the statement with the Muslim Council. “French Muslims are with us to support them.”

There are about five million Muslims in France, about eight percent of the population. Other large Muslim minorities live in Britain and Germany.

Council President Dalil Boubakeur, rector of the Grand Mosque of Paris, said the grand mufti of Saudi Arabia and large Muslim organisations in Britain and the United States had clearly condemned ISIL.

If the militants succeeded in driving Christians out of the Middle East, he said, that could harm relations among religions elsewhere. “Muslims in Europe would be suspect,” he said.

Boubakeur, Karam and other speakers stressed that Muslim organisations had to work against radicalisation by explaining to young Muslims that Islam did not condone such killing.

Anouar Kbibech, head of an association of Moroccan mosques in France, said young Muslims must understand that ISIL was trying to carry out ethnic cleansing. “They must not be deceived,” he said.

Karam said Interior Minister Bernard Cazeneuve told him last week there were about 800 French citizens who were “candidates or on the ground” to work with ISIL militants. Twenty percent of them were converts to Islam.

According to the ministry’s rough breakdown, about 360 are actively participating while another 220 or so were preparing to go fight. Around 180 more were “in transit in Turkey”, he said without giving further details.

“Of the 150 who have returned, they are all over France,” he added. “We can expect a wave of terror attacks in France.”

Several French-based clergy from eastern Christian churches attended the meeting and thanked the Muslim groups for their support. “This is something that had to be done,” said Coptic Orthodox Bishop Abba Athanasios.