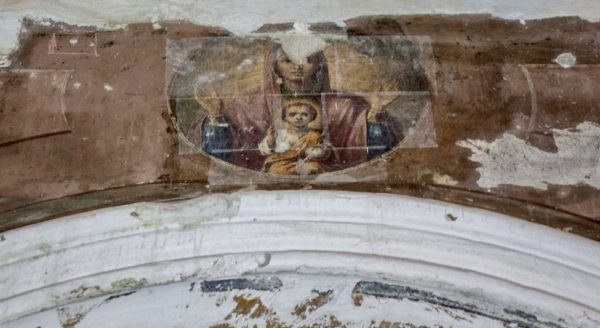 During the restoration of the Bogolyubsky Cathedral at the Vysoko-Petrovsky Monastery in Moscow, frescoes of the 18th-19th centuries were discovered under layers of paint.

The ancient wall painting, which was considered lost, was found by restorers during work on removing brickwork, strengthening plaster and waterproofing the walls in the temple, according to the website of the Vysoko-Petrovsky Monastery. 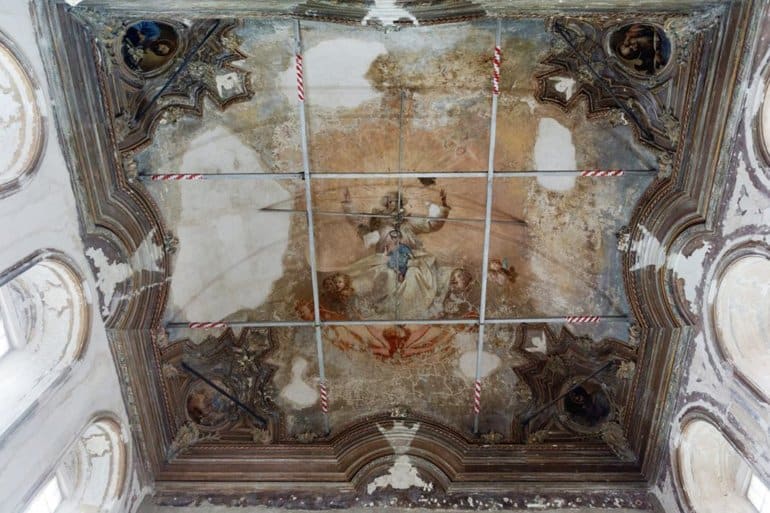 Among the discoveries were such compositions as “Washing the feet”, “Resurrection of Christ” and “The Holy Trinity surrounded by heavenly forces.” In addition, on the right side of the altar, the upper part of the picturesque Crucifixion has been preserved, and to the right of the high place – the image of the Moscow saints Peter, Alexy, Jonah and Philip. 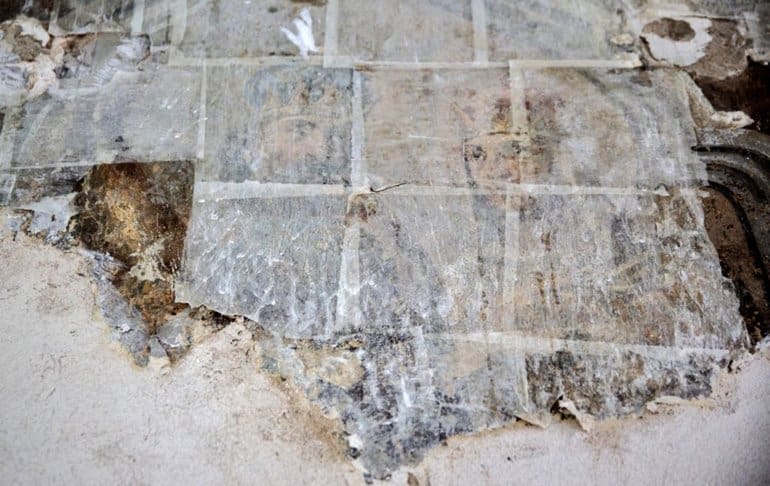 According to experts, the author of the painting may be Ivan Sushkin, a portrait painter, who created the frescoes in the late academic style, with a subtle portrait characterization of the images. In addition to his works, the temple has preserved more ancient murals related to the first stage of its beautification shortly after the completion of construction at the end of the 17th century. 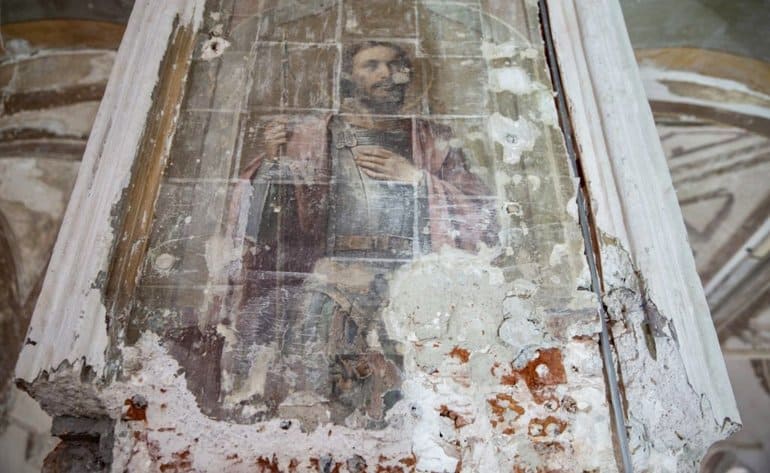 At a meeting ofthe scientific and methodological council at the Moscow Department of Cultural Heritage, it was decided to conduct surveys and preserve the surviving frescoes. In the future, the restoration of the murals of the temple is planned, for which the necessary documentation is now being prepared. 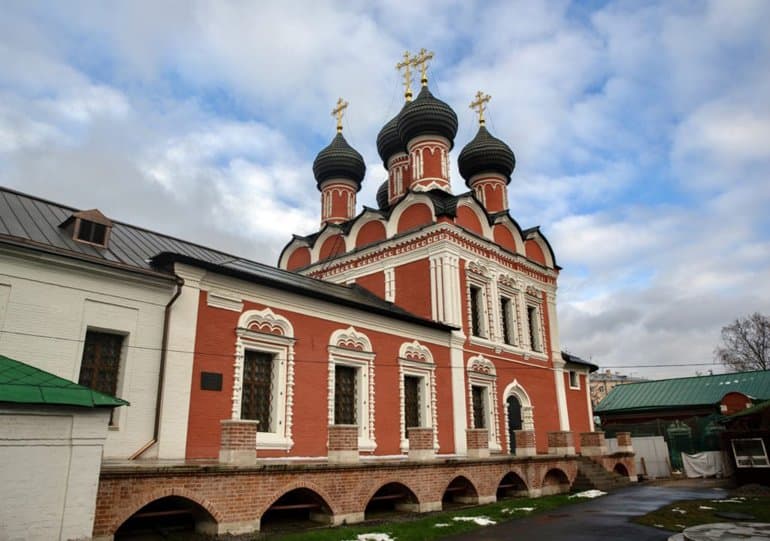 The stone Bogolyubsky Cathedral of the Vysoko-Petrovsky Monastery was built in the 1684-1690s in the style of “Russian pattern”. The beginning of the construction of the temple was laid by Tsarina Natalia. The volume of the temple included the graves of the tsarina’s  brothers Ivan and Afanasy Naryshkins, who were killed during the Streltsy uprising in 1682. Later, the temple became the resting place of more than 20 representatives of the Naryshkin family, including grandfather and grandmother of Peter I.