The Metaverse and the Garden of Eden 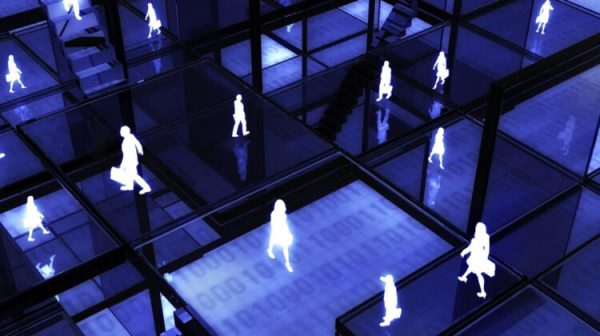 Recently the company formerly known as Facebook officially rebranded itself as “Meta,” declaring that its new “overarching goal” is “to help bring the metaverse to life.”

What exactly is the metaverse? According to an increasing number of influential CEOs and other leaders in the tech world, it is a nascent globally connected virtual reality experience which, in the words of Mark Zuckerberg, will eventually become “an embodied internet, where instead of just viewing content — you are in it. And you feel present with other people as if you were in other places.” Zuckerberg and his cohorts expect the metaverse, under their guidance, to gradually emerge from — and eventually supplant — the internet as we know it today.

Unsurprisingly, the word “metaverse” (a portmanteau literally meaning “beyond the universe”) finds its origins in science fiction. But what might be somewhat more surprising, given the near-euphoria with which tech pioneers are embracing both the term and the concept, is that the metaverse in the literature of science fiction is an overwhelmingly dystopian idea.

In the novel which originally coined the term “metaverse,” Snow Crash by Neal Stephenson, the United States has collapsed into a violent, impoverished, crime-ridden collection of city-states governed by (coincidentally?) corporations. The metaverse of the novel has become an avenue of escape from an increasingly unbearable reality, and some people have become so addicted to the metaverse that they become “gargoyles,” which is to say they choose to disfigure themselves physically in order to be permanently plugged in to the metaverse. Facebook’s decision to reshape and even rename itself after the vision of such a novel is therefore quite sobering, in addition to being astonishingly brazen — given on the one hand that its own former executive for monetization has described the deliberately engineered addictiveness of its products as “eroding aspects of society,” and on the other that Zuckerberg himself has gone on record describing Facebook as “more like a government than a traditional company.”

Think that all this might be not so much brazenness as mere coincidence? Think again: Zuckerberg made Snow Crash required reading for product managers at Facebook.

In fact, to give you a sense of the extraordinary level of hubris the tech industry has attained, Zuckerberg recently gave an interview about the metaverse in which he quite pithily lays out one of the most dire problems our society is facing:

A lot of the time that we’re spending, we’re basically mediating our lives and our communication through these small, glowing rectangles. I think that that’s not really how people are made to interact.

… and then, in the next breath and presumably with a straight face, asserts that the solution to this catastrophic collapse of normal human interaction is for everyone to strap these same “small, glowing rectangles” straight onto our eyeballs instead:

What virtual and augmented reality can do, and what the metaverse broadly is going to help people experience, is a sense of presence that I think is just much more natural in the way that we’re made to interact. And I think it will be more comfortable. The interactions that we have will be a lot richer, they’ll feel real.

Here the business model of Meta is laid bare: it sells itself as the cure for the very epidemic of loneliness which it has itself done so much to spread. Meta wants us to believe that the best way to be connected with one another is to be connected to its machines, that the apotheosis of human relationships will be for all of us to sit alone in our rooms, with screens covering our eyes and speakers covering our ears, having quite literally bought in to the illusion that our friends are actually right there all around us — for precisely as long as we happen to want them to be, after which we can conveniently make them vanish as easily as we close a browser window today.

And indeed, in the world of deepfakes, how long before we dispense with the need for such digital avatars to even have a real human being at the other end of them at all? How long before we can all be “friends” with our favorite celebrities or fictional characters, brought to life for us by the most convincing AI personality models imaginable? How long before digital necromancy will enable us to summon up the ghosts of our departed family members, and to continue to “live” with them as though they had never died? I am, unfortunately, not exaggerating; such things have already begun.

But even the illusion of friends and loved ones is nothing compared to the real product which Meta offers to sell us: the illusion of our self. The chief allure of social media has always been its promise to allow us to curate our own identities. We can pick and choose the personal information, the interests, the photos, the memories, which we present publicly and which therefore define us in the eyes of others. We can hide the things that are embarrassing, we can delete the things that we find distasteful. And in the metaverse, this power will be multiplied exponentially: we will be able not only to redefine but even to recreate ourselves in any way we like, in any way we can possibly imagine.

No wonder the most rich and powerful companies on earth are so desperate to build such a product. It is the product to end all products; it is consumerism incarnate.

In the final analysis, it is a product designed to prey on the deepest desires of the human heart: the desire for love, the desire for deification. It promises to bring us together, to connect us with one another, to take away our loneliness and isolation and unhappiness. It promises to allow us to immediately transform ourselves into whoever and whatever we want to be, without effort (not to mention without repentance). It promises to make us into gods, commanding the very fabric of the reality around us. Many whisper that someday soon it will even bring us the promise of immortality itself, by allowing us to upload our consciousness into a digital medium and so to dwell in the metaverse forever.

And in hearing these false promises. it becomes clear that mankind in the 21st century — even with the advent of technological landscapes absolutely inconceivable for nearly all of human history — cannot do otherwise than prove the truth written long ago in the Book of Ecclesiastes: “there is nothing new under the sun.” Ever since the moment when our First Parents Adam and Eve ate of the fruit, mankind has been trying to become as gods without God. Ever since we left the Garden of Eden, we have been trying to build for ourselves the Tower of Babel to replace the paradise that we lost. But no matter how good the engineers at Meta might be, whatever digital version they eventually create of “a city and a tower, whose top may reach unto heaven” (Genesis 11:4) will no more satisfy the human heart than has any other attempt ever made by man. Utopian dreams have always and will always end in one way, and one way only: as dystopian nightmares (and again, let us not forget that this particular utopian dream even began as a dystopian nightmare).

Because mankind was not created for any utopia, whether digital or analog. Mankind was created for Heaven, and we will never be able to find our true home anywhere in this fallen world — much less in an electronic facsimile of it. As St. Augustine writes in his Confessions: “Thou hast made us for Thyself, O Lord, and our heart is restless until it finds its rest in Thee.”

In closing, I will say that Meta and its cohorts are not trying so hard to build the metaverse out of the goodness of their corporate hearts (an oxymoron, I know). No, they are building it in order to further addict us, to compel us to surrender even more of the short time remaining in our lives to them and their products than we already have. And I suspect that — even as things are — if most people spent even half the time in prayer that we spend on the internet, we would all be surrounded by saints and miracles every day. Let us therefore think long and hard before we sell these companies any more of our lives, no matter how captivating the fantasies they offer us in return.

Most viewed articles
The Trap of Religiosity87
Faith and Moral Freedom82
Patriarch Kirill: “The Memory of the New Martyrs will Help Us to Be Faithful to Christ amid Modern Temptations”81
Bishop Nicholas of Manhattan visits Holy Cross Monastery in West Virginia78
Lord, Save Me!67
Patronal Feast Celebrated in St. Anna Convent in Vashkivtsi43
Condolences of Patriarch Kirill over the death of believers in the fire that broke out in Abu-Seifein Church in Cairo38
St. Tikhon Church to host Liturgical Music Symposium in October 202227
25 Years of Help: the Ship-Church Goes On its 25th Voyage to Distant Villages27
Most popular authors
Pravmir.com team294
Vasileios Stoyiannos87
Archpriest Michael Gillis82
Fr. Theodore Stylianopoulos67