Source: ROCOR
Natalya Mihailova | 07 November 2014
Svyatogorsk (Holy Mountain) Holy Dormition Lavra in Eastern Ukraine has admitted 800 refugees from the current war zone. The holy habitation has turned over the monastery guesthouse to the refugees to use as shelter and living quarters, as well as provided free meals, medical assistance, and any required clothing. 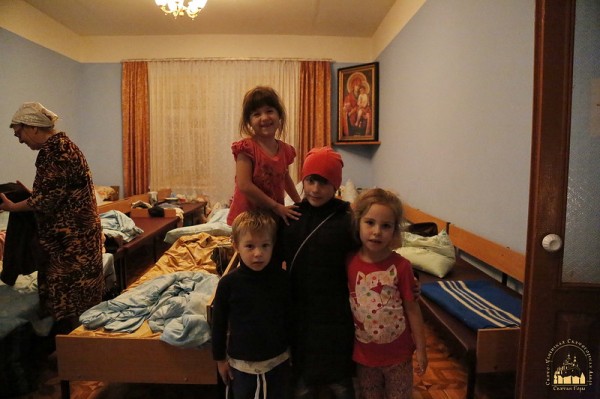 Abbess Arsenia, who runs the monastery hospice, assumed responsibility for providing medical care to the refugees. “Sedatives and heart medication were our first concern,” says the abbess. “Later we discovered that, among the refugees, there was no small number of asthmatics, diabetics, and individuals handicapped since childhood. The situation was complicated further because many were on the verge of collapse, and their medications were running low, so we began first by replenishing their provisions. The world is not without good people: we were provided aid by the Red Cross, the Patriarchate of the Russian Orthodox Church, the Kievan Metropolitanate, and the Dioceses of Odessa and Stavropol. Significant aid was provided by ROCOR through the Fund for Assistance.” 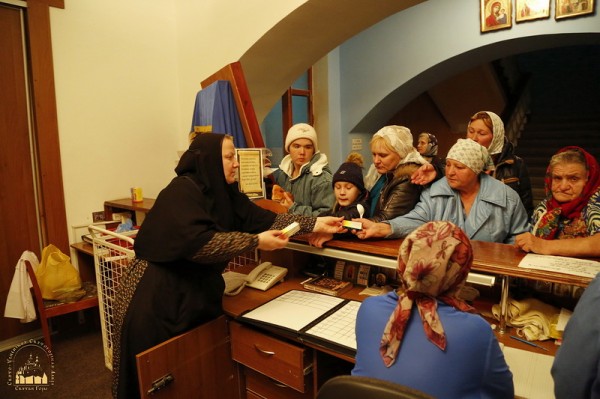 Varvara Koval: “I am from Gorlovka (Horlivka). When the serious shooting began, I decided to leave the city. I took my son, who is handicapped, and traveled to Svyatogorsk. I lived for some time in an apartment, but later, at the advice of some good people, I headed for the Lavra. I explained my situation and was immediately given a blessing to move to this holy place. It is warm and welcoming at the monastery. By the way, they ‘turned on’ the heat three weeks earlier than usual, since many of the refugees were traveling with newborn infants. They helped me find medicine for my son. Now I know what it means it be in God’s bosom.” 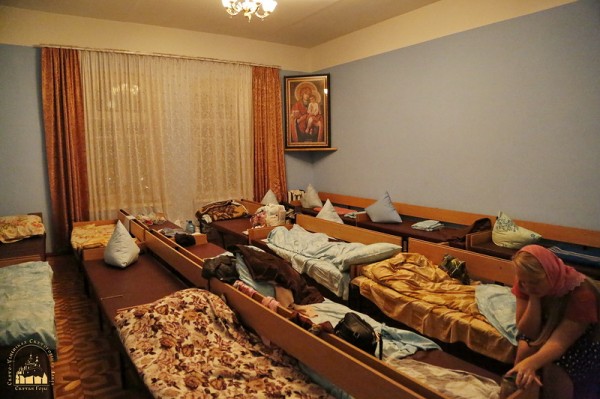 Elena Lischuk is from Donetsk: “I live in a neighborhood in Donetsk near the railroad station, the same station that has come under fire several times. This is all the more frightening when you have two young children and the sky is shaking with explosions. And then I discovered that I was pregnant with my third child. It was only after the danger had passed, once I was at Lavra, that I felt a threat to my pregnancy. Thankfully, doctors come to visit us, taking turns, and provided us with everything we need. It is also good that all of us in Lavra are like one big family. The neighboring women would look after the children, and the abbess took me to the hospital, and provided me with everything I needed. Once I had undergone my treatment, I came back. The Lavra is both my protectress and the future godmother of my son. I will call him Ilya (Elijah).” 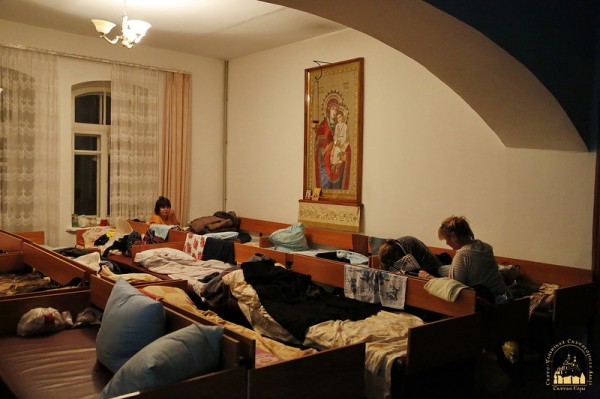 Archbishop Arseny, Deputy Abbot of Svyatogorsk Lavra, made an appeal which stated in part: “In this complicated time, when our Christianity and the right to call ourselves a son or daughter of the Holy Orthodox Church is being tested by God, we thank all those who have helped and appeal to everyone not to remain indifferent, but to provide an example of mercy and love to their neighbors, asking their holy prayers for us sinners.”

Thank you all for helping refugees from Ukraine!

Most viewed articles
“Do Not Weep”145
Christ the Life Giver130
Best Films of the Pokrov Film Festival Have Been Determined129
The Religion of Self84
(VIDEO)Celebrating 5 years of Byzanfest International Orthodox Film Festival80
Patriarch Kirill Answers Questions from Participants of the Ninth Faith and Word Festival75
“He preached the message of the Resurrection for 12 years”: First Bishop of Deva Gurie Georgiu laid to rest at Cathedral of St Nicholas19
Patriarch Kirill: “An Effective Way to Overcome Social and Economical Dead End Is to Be Guided by the Word of God”13
Using Our Time Wisely to Cultivate the Seeds of Faith2
Most popular authors
Pravmir.com team297
Archpriest Peter Olsen145
Fr. Theodore Stylianopoulos130
Fr. Gabriel Bilas84
Aurelian Iftimiu19
Priest Luke A. Veronis2