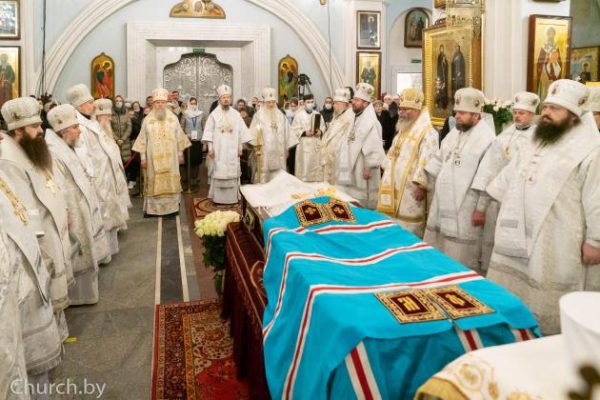 His Eminence Metropolitan Philaret reposed in the Lord on Tuesday, January 12, at the age of 85. Following the Divine Liturgy, a memorial service was held near the metropolitan’s casket.

Before the funeral service, Metropolitan Veniamin read out the condolences of His Holiness Kirill, Patriarch of Moscow and All Russia. The funeral service ended with the singing of “Memory Eternal.”

Metropolitan Philaret will be buried behind the altar of the Holy Cross Church of the Zhirovichi-Holy Dormition Monastery.