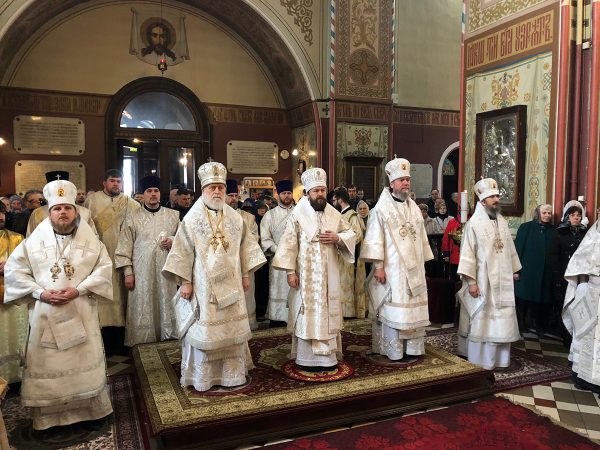 On 22 April 2018, the funeral service for Metropolitan Cornelius of Tallinn and All Estonia was held at the Cathedral of St. Alexander Nevsky in Tallinn. Vladyka Cornelius passed away on April 19, at the age of 93.

The service was celebrated by Metropolitan Hilarion of Volokolamsk, chairman of the Moscow Patriarchate’s Department for External Church Relations; Archbishop Yevgeny of Vereya, chairman of the Education Council of the Russian Orthodox Church; Bishop Lazar of Narva and Prichudye; Bishop John of Jelgava; Bishop Sergy of Maardu; and an assembly of clergymen. 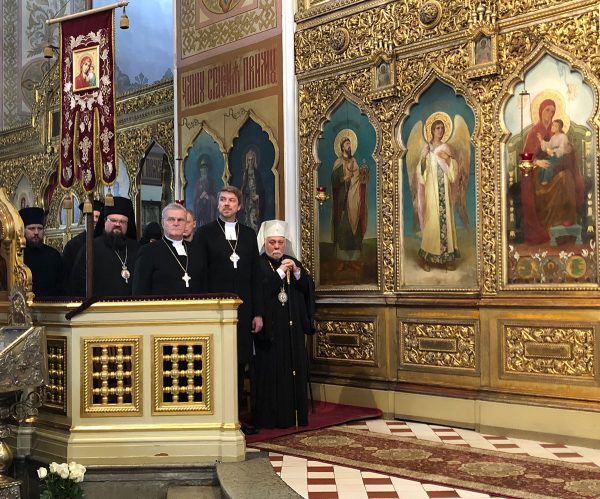 Prior to the service, Metropolitan Hilarion of Volokolamsk read out a message of condolences of His Holiness Patriarch Kirill of Moscow and All Russia over the death of Metropolitan Cornelius of Tallinn and All Estonia.

Addressing all those present, Vladyka Hilarion also said, in particular:

“The life of the late Metropolitan Cornelius was full of labours and afflictions. He became a priest in the year when the Great Patriotic War ended, and performed his ministry, first as a deacon, then as a priest, and later as a bishop, for over seventy years. In 1990, at a mature age, he became a bishop and headed the See of Estonia.

“Vladyka Cornelius went through terrible ordeals. He was unlawfully sentenced to imprisonment in corrective labour camps and spent several years in “harsh labour,” but then by the mercy of God he was released and continued his ministry. In the 1990s, when the revival of the Church began all over the Holy Russia, he witnessed and took part in the revival of the church life in the Estonian land. However, even at that time he suffered numerous afflictions, enduring them as a good soldier of Christ. The Lord granted to him a long life. Metropolitan Cornelius outlived many of his brothers the clergymen and bishops. God preserved him until the day when He willed to take His faithful servant to the heavenly dwellings.

“Today we will lay to rest His Eminence Metropolitan Cornelius. Yet, it is not a farewell and not mourning. Our prayers will be full of joy over the Resurrection of Christ and of hope that the Lord will take His faithful servant to the heavenly mansions. “In my Father’s house are many mansions” (Jn 14:2), the Lord Jesus Christ said, and we believe that one of these mansions has been prepared for the newly departed Metropolitan Cornelius.

“Let us offer our fervent and zealous prayers for the repose of his soul, that the Lord may forgive him all his human infirmities and transgressions and give rest to his soul in His heavenly glory. Amen.”

Metropolitan Cornelius was buried at the cemetery of Alexander Nevsky near the graves of Archbishop Pavel (Dmitrovsky) and Bishop Isidor (Bogoyavlensky).

A litiya at the grave of Vladyka Cornelius was said by Metropolitan Hilarion of Volokolamsk. 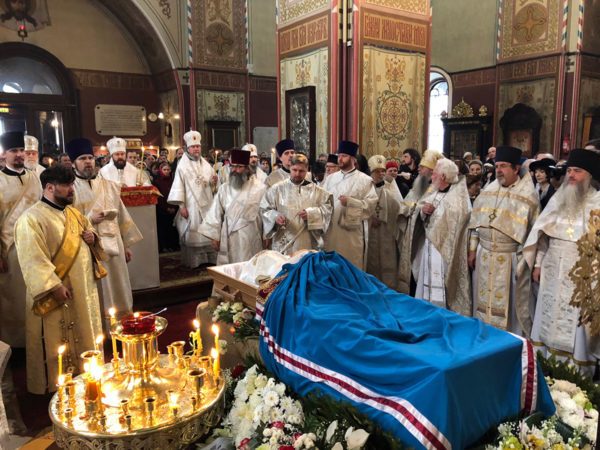 Most viewed articles
The Trap of Religiosity81
Faith and Moral Freedom80
Patriarch Kirill: “The Memory of the New Martyrs will Help Us to Be Faithful to Christ amid Modern Temptations”80
Bishop Nicholas of Manhattan visits Holy Cross Monastery in West Virginia74
Lord, Save Me!65
Patronal Feast Celebrated in St. Anna Convent in Vashkivtsi43
Condolences of Patriarch Kirill over the death of believers in the fire that broke out in Abu-Seifein Church in Cairo36
25 Years of Help: the Ship-Church Goes On its 25th Voyage to Distant Villages24
St. Tikhon Church to host Liturgical Music Symposium in October 202224
Most popular authors
Pravmir.com team281
Vasileios Stoyiannos81
Archpriest Michael Gillis80
Fr. Theodore Stylianopoulos65