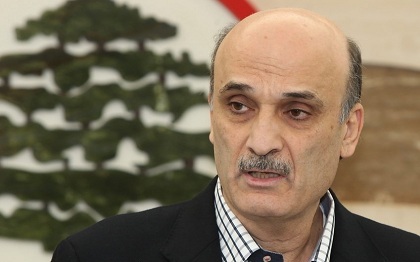 Lebanese Forces leader Samir Geagea condemned on Monday the kidnap of Syriac Orthodox Archbishop of Aleppo Youhanna Ibrahim and Greek Orthodox Metropolitan of Aleppo and Iskanderun Boulos al-Yaziji, describing the incident as “an act of terrorism.”

“We promise to contact Arab officials to find, as soon as possible, a solution for this issue,” Geagea told Metropolitan of Aleppo and Iskanderun Boulos al-Yazij over a phone conversation.

The LF leader had released a statement prior to his talks with al-Yaziji, describing the kidnap as a “terrorist act that serves the interests of the Syrian people’s enemies and is against their bloody fight for freedom.”

The state-run National News Agency had reported earlier on Monday that Ibrahim and al-Yaziji were kidnapped at the hands of gunmen near the northern Syrian city.

“An armed group intercepted the vehicle carrying both men and forced them to step out of the car, killing the driver and abducting archbishops Ibrahim and Yaziji,” the agency detailed.