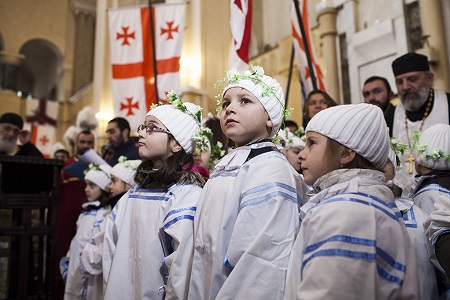 Adherents of the Georgian Orthodox Church, together with other members of the Orthodox world, are celebrating Christmas today according to the Julian calendar.

The special liturgy commenced at Tbilisi’s Holy Trinity Cathedral at midnight as Georgia’s Patriarch Ilia II led the customary Christmas epistle with a congregation of followers of the Georgian Orthodox Christian Church, including government officials. 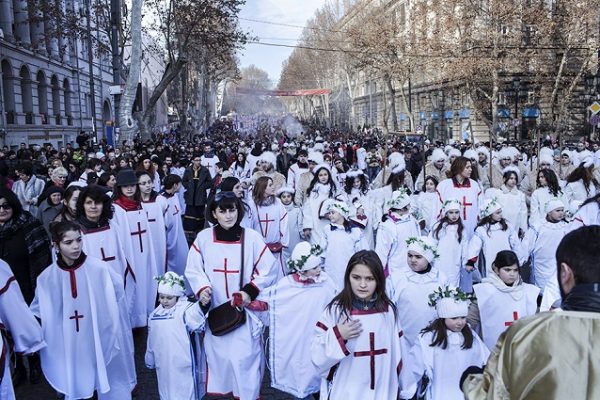 The midnight church service is traditionally followed by a march in the streets – called Alilo – during which participants sing Christmas carols, exchange gifts and give clothes, food and other items to the needy.

On Christmas night, believers light candles in their homes and place them next to the windows so that the light may be seen from outside. This tradition is observed in memory of the biblical story of Joseph and Mary, who searched for a shelter where Mary would be able to give birth to Jesus.

The Georgian Orthodox Church celebrates Christmas on January 7 due to the two – week difference between the Gregorian and Julian calendars.