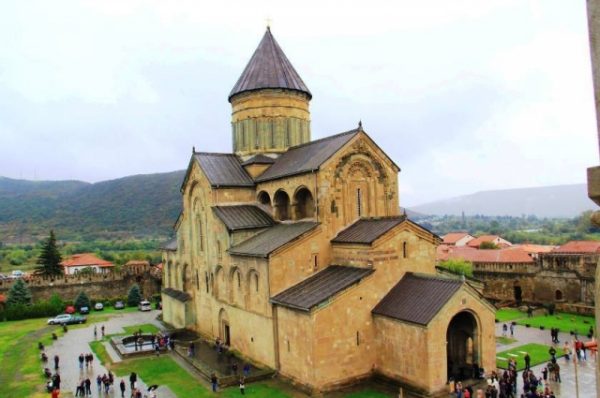 Located 20 kilometers north of the capital Tbilisi, in the small town of Mtskheta, the cathedral houses a 1st-century garment that the Georgian Orthodox Church claims is the robe of Christ.

The 1,000-year-old cathedral has been home to the relic since it was brought to the Georgia in the centuries after the country’s mass conversion to Christianity in the 4th century AD.

Svetitskhoveli is listed in a UNESCO World Heritage Site along with other historical monuments of Mtskheta.

Georgian Patriarch Ilia II, together with members of a Holy Synod – or church council – conducted a special mass at the Cathedral early Friday morning.

Visitors to Mtskheta during the annual commemorations are treated to traditional dancing, live music, crafts and local food specialities.