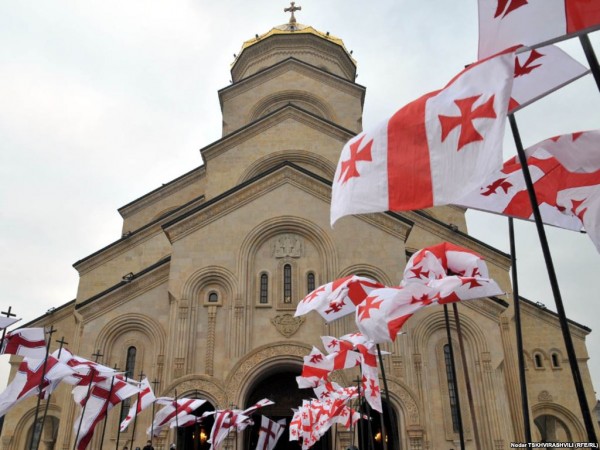 The Church’s statement, published on on April 28, says believers consider the antidiscrimination bill to be “propaganda and legalization” of “deadly sin,” because it includes “sexual orientation” and “gender identity” on the list of prohibited grounds of discrimination.

Adoption of the antidiscrimination law is one of the requirements that Georgia has undertaken under its Visa Liberalization Action Plan in order to be granted a short-term visa-free regime by the European Union.

Some Georgian Orthodox priests have previously spoken out against the proposed antidiscrimination bill.

But the Georgian Patriarchate’s April 28 statement is the first public expression of an official church position on the issue.