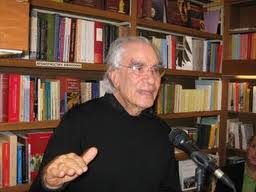 Well-known University of Athens Professor Christos Giannaras, jumping into the debate about the dysfunctional state of Greece, blamed its problems on the usual suspects, primarily a bloated public sector notoriously inefficient which has weighed down the economy for decades.

He said the country’s problems are political and not economic and said its leaders have created a moral and cultural crisis as well with their ineptitude and partisan policies designed to enrich those in power and reward their friends with jobs and contracts at the public expense.

This has led, he said, to a warped society reliant on cradle-to-grave government care and jobs. He said that Greece no longer has a body, a value system which is able to trust and adopt, downgraded and abandoned its culture and language, neglected its religious heritage and is in a state of permanent disrepair. Greece has long since lost its Greek elements, he added.