In God We Trust – All Others Pay Cash 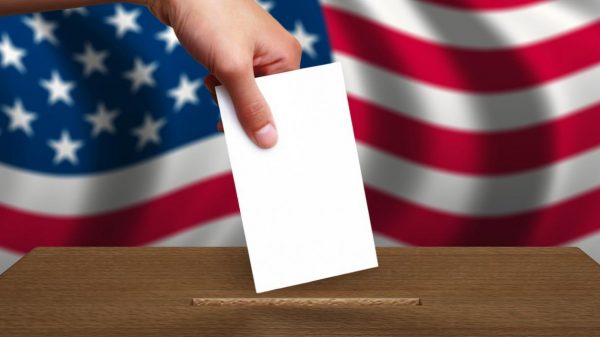 I find myself amused and a little irritated when it is suggested that clergy and/or churches and/or Christians should be “apolitical.” Usually this is not clearly defined, but you get the idea that (wink, wink) we all know what that term means. In fact to be alive is to be political. Now if I leave this without further explanation, then I am guilty of doing what has always irritated me. So, let me expound on the idea.

If by the term “apolitical” we mean to say that we should not align to one candidate or party, or demand that the Faith adhere to only one party, then I would agree that we should be apolitical. However, it seems to me that what is often meant when the term is used is that we should remove ourselves from the political realm and never be involved, but be ready to stand with any victims. If this is what is meant, then I disagree with the idea.

Some parts of the Book of Revelation are difficult to unpack, but one thing seems to be clear. Since, according to St. Paul the spirit of Antichrist is in the world, Revelation points out that this spirit seeks to incarnate itself in political systems. These systems then persecute the Church.The history of the Church is rife with examples of what happens when the political system becomes anti-Christ and oppresses the Faith. Revelation then serves as a textbook of how this evil incarnates itself and how God brings judgment upon it. Every time the spirit of Antichrist incarnates in political systems, we are again in “end times.”

The ancient Church recognized that it existed in “the fullness of time” and this meant among other things that while the Roman state was a persecutor, the Pax Romanum allowed the Church to grow and spread throughout the empire. In like manner, the civil religion of America, begun by our Founding Fathers, provided a type of Pax Americana, a political state that allowed Christianity to spread and grow (and not Christianity alone). This reality should not be taken to mean that America was free of error, stupidity, hubris, persecution, racism, and other moral evils. Far from it.

Though critics and scholars will argue about it,  it is the feeling of many that beginning in the 1950s,  the erosion of this American civil religion began. During the time of the Obama administration,  talk about the end of American Christianity has increased and it is maintained that we are in a post-Christian era. This may be true if the civil religion has become more antichrist. Today, fighting against this new civil religion seems ever more hopeless. One reason is that the power behind it uses terms that are  hard to argue with – inclusion, equality, fairness, equal protection, liberty, etc. Who can debate with such ideas especially since they were the foundation the original civil religion? In the hands of the spirit of antichrist, these ideas now leverage God from the public sphere.  Laws have developed that muzzle free speech by upholding political correctness.

This trend bodes ill for the Church. The time has come where some already walk  a martyrs path  (recent Supreme Court decisions as an example). So far the martyrdom is financial lawsuits, and we should remember Lyndon Johnson’s law that threatened the loss of tax exemption for churches if ministers spoke politically from the pulpit.  This law has been challenged unsuccessfully as a violation of the First Amendment and it seems unlikely that the law will be overturned. This process continues with law suits against individuals who refuse to serve those whose lifestyles are opposed to their Faith.

I am sure that the martyrs of the Communist yoke, the patriot saints of Greece, the victims of the Holocaust, etc. would advise us to be anything but apolitical.  I agree that concerning the upcoming election,  it is unbelievable that with millions of American citizens, these are the only two candidates that we could find.  However, I tend to ignore personality traits as a key to my choice of candidate. This can be difficult because in the political arena, character assassination is paramount over substantive issues. What I try to discern is who will further the spirit of antichrist (even unknowingly) and who will not.

Though it sounds pessimistic, I do concede that given what I have said, there may be little or no difference between the two candidates. Both may be equally compromised by the political machinery. A saying in the Liturgy makes this point: “Put not your trust in men in whom there is no salvation.”  Think of that before you pull the lever in the voting booth.

I am not telling you how to vote. I am telling you to drop the illusion that you or any of us can be “apolitical.”  As an old professor use to say, “You pays your money and makes your choice.”  Just realize that after the choice, there will be more to pay, and the payment may be great.

For the youthfully challenged, there was a time when the Kodak company ruled the world of photography. Cameras…

Why We Don’t Get It

‘God, I thank you that I am not like other men – robbers, evildoers, adulterers – or even…

Does It Matter if Jesus is God or Not?

The problem is that while I believe in Jesus as God and man, I am still Arius. If…

On September 11-12, the parish of St. Alexander Nevsky Cathedral in Howell, NJ…

The Cross, the Goo, and the…

Most viewed articles
Glorying In Our Weaknesses139
Of Snakes And Men121
Representative of the Russian Church at the G20 Forum Stands Up for Believers in Africa and Ukraine75
Conference “World Orthodoxy: Primacy and Conciliarity in the Light of Orthodox Teaching” Starts Today60
The Cross, the Goo, and the Butterfly56
Timișoara: Midnight Liturgy and procession with relics on 65th anniversary of canonization of St. Joseph the New39
Bp Timotei: Orthodox Youth Association members are Christ’s “mystical disciples” who are not ashamed to profess Him31
St Alexander Nevsky Cathedral in Howell, NJ, Hosts Diocesan Celebrations of the 800th Anniversary of Its Patron Saint30
Will Everyone Be Saved?1
Most popular authors
Pravmir.com team165
Archpriest Michael Gillis139
Fr. James Guirguis120
Aurelian Iftimiu70
Fr. Jeremy55
Jacob Sparks1