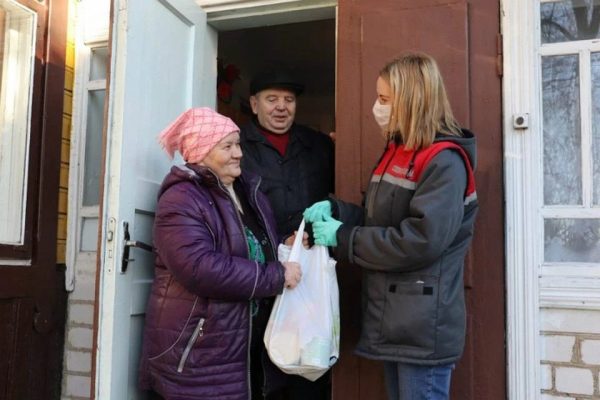 “God is not unjust; He will not forget your work and the love you have shown Him as you have helped His people and continue to help them.” (Hebrews 6:10)

Over 40 years ago I memorized this verse of Holy Scripture. It remains one of my favorite verses and one that I return to often as a reminder to myself and the people I have the privilege to serve. When we help others, we are doing something that God will remember about us.

There is an amazing story about a man named Peter who lived in the 6th century. He was the chief tax-collector for all of Africa under the Emperor Justinian. This was a position of power and Peter was a very wealthy man. He was also known as a very cruel, harsh, and selfish man. He was a heartless man who cared nothing for the poor and needy. He was used to walking by beggars without giving them notice, but one day a particular beggar kept groveling at his feet which annoyed Peter greatly. He was carrying some bread and in his anger, he threw a small loaf of bread at the beggar. When the beggar grabbed the bread, Peter went his way.

A few days later, Peter had a dream that he had died. He watched as the demons placed all his evil deeds on one side of a scale weighing it down completely. A question was asked: “Is there anything to put on the other side of the scale for Peter?” The angels looked at each other and finally one of them spoke up: “He did throw this small loaf of bread at a beggar, but it was in anger.” The bread was put on the other side of the scale and immediately the scale was balanced.

Peter awoke from the dream, pondering what he had just witnessed. He thought that if one small loaf could have that much impact, what would happen if he did more. At that moment, he repented of his sinful way of life and began to give freely to those in need. His life became one of alms-giving. He is recognized as a Saint of our Faith and a part of the “Great Cloud of Witnesses” that pray for us.

“God is not unjust; He will not forget your work and the love you have shown Him as you have helped His people and continue to help them.”

Someone might ask the question: “Well, who are His people that I might help them?” If you recall, Jesus was once asked a similar question by someone wanting to justify himself: “Who is my neighbor?” Jesus’ answer is what we call the story of the Good Samaritan (Luke 10:25-37).

In the midst of this pandemic that we find ourselves in, there are countless opportunities to “help His people.” The people of your parish may need help or at least of caring phone call; your neighbors may need toilet paper (smile) or something more; the local food banks still need food to give those in need; the shelters and missions of your area still need clothing and financial help…and the list can go on and on. When we realize that “His people” are the human beings made in the image and likeness of God…that is everyone (no matter how tarnished that image and likeness might appear to us).

May the example and the prayers of St. Peter the Tax-Collector open our eyes to the needs around us each day.