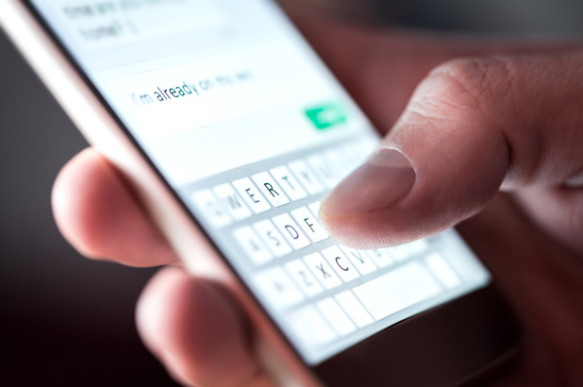 Mutual understanding is the lifeblood of successful marriages. Take any successful relationship you know of and you can bet they succeed because they’ve learned the art of communicating. Without it even the best relationships shipwreck.

That said, there are at least two compelling arguments for text fighting: (1) texting creates a play-by-play record of the argument, so that neither side is later tempted to pretend that something was or was not said, and (2) texting helps both sides get equal time to speak, time to breath, and time to pick and choose their words.

These are worthy arguments. Truly, having an argument in writing is a sure-fire way to prevent one side from forgetting or misrepresenting what was said. This is why a court of law keeps an exact written account of each and every word said during a proceeding. Also, arguing over text allows for a structure in which each person gets their say, time to think, and time to articulate their point.

It’s no wonder that humanity has collectively decided that the structure used in a court of law provides the best chance for justice to emerge between two warring parties. However, it is precisely the similarities between text fighting and a court proceeding which I believe is the best argument against text fighting.

It’s hard for me to imagine that any couple begins their relationship with the hope that it will someday devolve into a crossfire of opposing attorneys with the sole focus of winning arguments. Yet, I routinely see couples during a disagreement pull out their phones and read back their text thread like a court stenographer: “Well it says here that you understood why I cry every time you bring up the Denver Broncos, so why the hell do you keep bringing them up?”

When a relationship has come to the point where each side has weaponized an armament of facts and evidences against each other and attack with attorney-like zeal, they are in combat, not love. They likely began their relationship with a dream of sharing themselves, only to wind up in a nightmare sharing instead a list of wrongs they’ve endured.

Obviously text fighting is not required for a relationship to end up here, but text fighting forces a degree of objective distancing between two people, making good communication almost impossible. More than that, it keeps a record of wrongs, which, as one learns from the Biblical love chapter—1 Corinthians 13, is the antithesis of love.

Arguing face-to-face does not prevent couples from poor communication and record keeping, but text fighting almost ensures it. Several thousands of years have aptly demonstrated the ability of couples to turn into warring attorneys without the aid of text fighting. But with the advent of texting (and social media) came the wide-spread habit of engaging others with a heavily masked self. A digital medium can never allow the sharing of one’s whole self, and this poses a fairly serious problem for romantic couples, namely, how could one ever truly love another person using only a portion of oneself? Doesn’t love require one’s whole self, present and involved, for love to qualify as love?

I’m not saying that couples have to communicate with each other in order to survive. Relationships can survive for decades on poor communication. Just get separate bedrooms, work opposite schedules, and do the majority of your interactions over text. So long as you are both somewhat amiable with each other you’ll survive.

But for those who still possess the hope of sharing themselves with their spouse, of cultivating a true loving relationship that survives both the petty and the serious disagreements, learn the skills of good communication and take your chances with face-to-face arguments. Text fighting will almost certainly handicap the dream, and this particular dream does not need additional handicaps. It’s hard enough as it is.