Source: Greek Reporter
Natalya Mihailova | 02 December 2016
The Synod of the Greek-Orthodox Patriarchate of Alexandria and All Africa, held at the Patriarchal Center of Alexandria of Egypt from 15 to 17 November under the chairmanship of Patriarch Theodoros II, has decided to restore the institute of female deacons, and has appointed a commission of Bishops “for a thorough examination of the matter.” 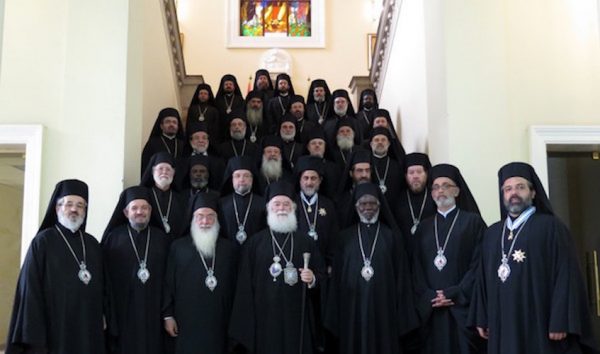 The potential role of female deaconesses in the missionary work was presented in a report to the synodal Assembly by Metropolitan Gregorios of Cameroon. In the final communiqué of the synodal Assembly, the members of the Synod of the Greek-Orthodox Patriarchate of Alexandria wanted to stress that “the different approaches to the problems of the Church’s life are not for us deviations from Orthodox truths, but represent adjustments to the African reality.”

The discussion on the possibility of restoring female deacons and on the potential role of female deacons in the pastoral activities and missionary animation has been open for some time within the Chalcedon Orthodoxy theological institutions.

Pope Francis last August, set up a study commission on female deacons, presided by Jesuit Luis Francisco Ladaria Ferrer, secretary of the Congregation for the Doctrine of the Faith. “In my opinion,” said Archbishop Ladaria Ferrer to Ancora online a few days ago “at the moment the Pope wants to make an objective study, not to reach a decision, but to study how things were in the early days of the Church.”