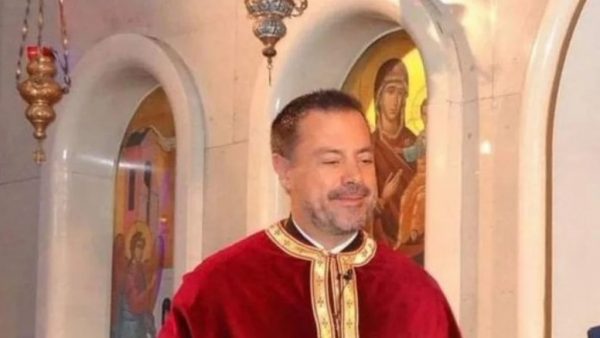 Newspaper reports point to police reports that say the 52-year-old priest – a father of three –  was closing the Annunciation Greek Orthodox Church in Lyon when he was shocked by a hunting rifle.

The Lyon public prosecutor’s office said he had opened an investigation for attempted murder and was liaising with the national anti-terrorism prosecutor, however the shooting was not declared a terrorist attack but a ‘personal dispute’. Le Monde newspaper said there was a hypothesis that this was linked to a long-running conflict within the city’s small Greek Orthodox community with allegations of fraud against Kakavelakis which were rejected by a Lyon court earlier in the year. The priest had a long-running legal dispute with a monk, reported French media reports.

A disgruntled community member was later detained as the main suspect, though Lyon local media had earlier reported that a man was arrested after 7pm in a kebab shop in the city though he was later released.