Police in the French city of Lyon say a Greek Orthodox priest has been critically injured in a shooting. The gunman is reportedly on the loose.
Pravmir.com team | 31 October 2020 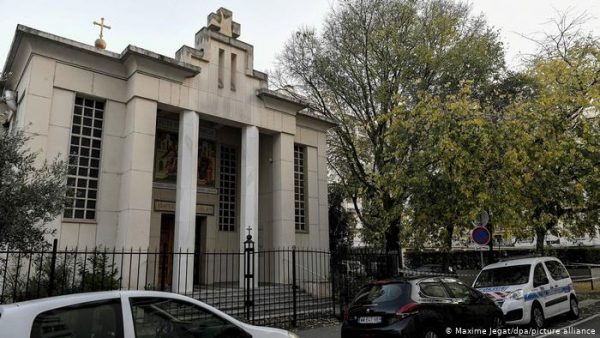 An attacker armed with a sawn-off shotgun wounded a Greek Orthodox priest in a shooting in the southeastern French city of Lyon before fleeing, police sources said on Saturday.

The priest was closing his church in the city’s seventh arrondissement when the attack happened, the source told AFP, who asked not to be named.

An anonymous police source  told FranceInfoTV that the priest was fired on twice at around 4 p.m. local time (1500 UTC/GMT), and was treated on site for life-threatening injuries.

The source said the suspect is on the run.

The priest is now in a local hospital after being hit in the abdomen, a police official told The Associated Press.

The reason for the attack is unclear.

France’s Interior Ministry tweeted that “an incident is underway” in Lyon.

“Security and emergency personnel are at the scene,” the ministry added, warning people to “avoid the area” where the attack took place.

Prime Minister Jean Castex, who was visiting Rouen, said he was heading back to Paris to assess the situation.

Most viewed articles
A Great Time to Join the Orthodox Church355
First Church in the Antiochian Archdiocese Named for St. Xenia of St. Petersburg Prepares for Feast Day271
Patriarch Kirill: Not Only People, But Churches Too, Can Depart from God137
My World’s Different104
Brooklyn Street Co-Named for Antiochian Pastor Who Served a Half Century There93
Metropolitan Hilarion: the Church and traditional confessions have done everything possible to improve the situation in Kazakhstan86
Patriarch Porfirije of the Serbia: Our Position on the Church Issue in Ukraine Has Not Changed80
Thoughts on Theophany and Revelation69
4-400×6001
1
Most popular authors
Pravmir.com team574
Frederica Matthewes-Green355
Protopresbyter Themistoklis Mourtzanos104
Peter Samore93
Elissa Bjeletich69