Source: Greek Reporter
Natalya Mihailova | 15 January 2015
His Eminence Patriarch John X Yazigi of the Antioch Greek Orthodox Patriarchate congratulated His Highness the Amir Sheikh Sabah Al-Ahmad Al-Jaber Al-Sabah for being named “Humanitarian Leader” by the UN, as well as for the fact that Kuwait was also named a “Humanitarian Center” by the organization. 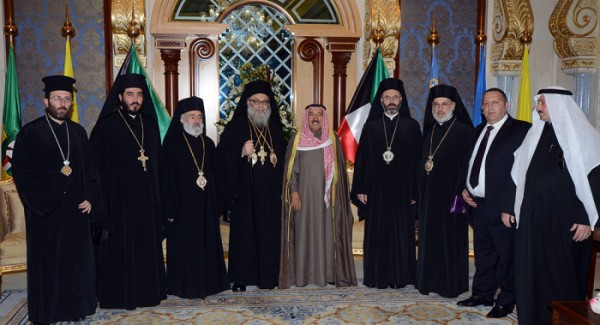 During their meeting, the Patriarch expressed his appreciation for His Highness the Amir’s philanthropic work that has helped alleviate the sufferings of both Muslims and Christians across the globe.

Furthermore, Patriarch John X Yazigi added that the aim of his visit was to appoint a new bishop for the country’s Greek Orthodox Church.