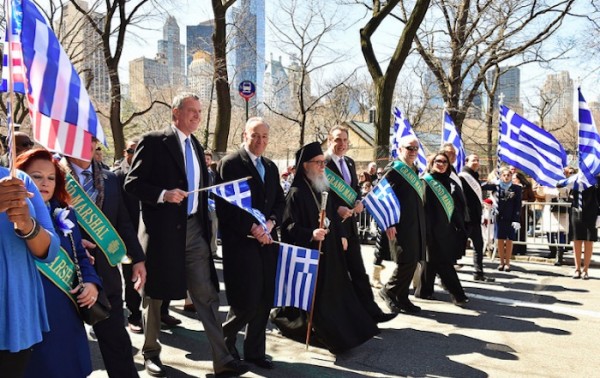 The parade celebrates the 194th anniversary of Greek Independence and the achievements of the Greek American community.

Organized by the Federation of Hellenic Societies of Greater New York, the 77th annual Greek Parade started on 64th street at 1:45 p.m. and continued to 79th Street.

The event commemorates the 194th anniversary of Greece’s independence after 400 years of Turkish Ottoman rule on March 25, 1821.

The Greek Independence Day Parade is an annual celebration of Hellenic identity and commemoration, through which all Hellenes can express and promote their culture and achievements to the world.

The Greek government was represented by Minister of Defense Panos Kammenos and other government and military officials. The Presidential Guard of Greece also traveled to New York City to join in hundreds of Greek-American organization representatives and march at the event.

The annual Greek Independence Day Parade has become a New York City traditional event. Since 1938, it has attracted a vast number of New York participants, and since 1951 it has been taking place on Manhattan’s Fifth Avenue.