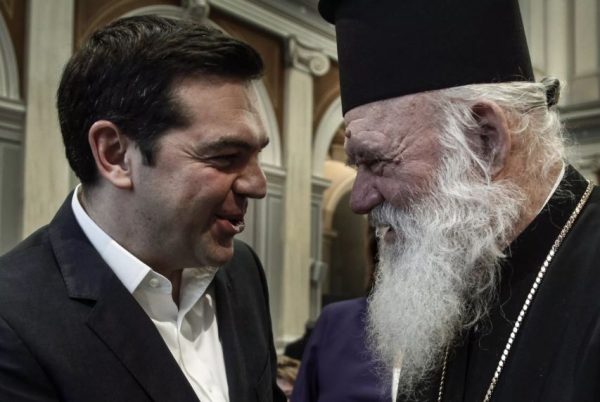 Greek Prime Minister Alexis Tsipras has called for a change to the nation’s constitution to more clearly define the relationship between the Church and state and define the religious neutrality of the state, reports Romfea and Daily Sabah.

Tsipras, well-known as an atheist, says he believes the Church will accept such a change favorably. Article 3 of the Greek constitution currently defines the Orthodox Church as the “prevailing religion in Greece.”

His call came during an address to the general assembly of the ruling left-wing SYRIZA party yesterday. “It is time to take more radical and more out-of-the-box steps at a time when the country is turning a new page,” he said, expressing his hope that the citizens’ trust in the political system could be restored through more steps towards democracy.

A national committee on constitutional reform has been reviewing the issue since 2016.

“I assume the state, the political world, the citizens, the Church and believers have all reached the maturity that would lead them to logic and sensitivity to accept the rationalization of these relations,” Tsipras said, adding that there is a broad consensus now for a new framework to “determine the roles both the Church and state.”

“It’s time for a clear indication of the religious neutrality of the Greek state within the constitution,” the Prime Minister added.

According to Tsipras, His Beatitude Archbishop Ieronymos of Athens, the primate of the Greek Orthodox Church, is on board with the proposal to change the constitution.

As Romfea reports, SYRIZA’s official proposal is expected to be given to the Speaker of the House in the next few days, with the required 50 signatures, who will establish a Committee for Constitutional Revision.

While Tsipras spoke of agreement from the Church, in an hours long session yesterday, SYRIZA members came to a compromise, in which Article 3 will not actually be repealed, so as not to disturb relations with the Church hierarchy, but will instead be amended to more explicitly safeguard the religious neutrality of the state.

There is also to be a statement that “the recognition of the prevailing religion will not have adverse effects on other religions.”