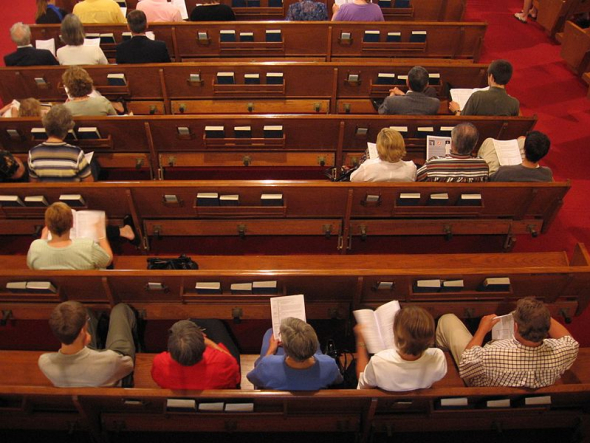 While an increasing number of Americans are reportedly abandoning the institutional church and its defined boundary markers of religious identity, many Americans still believe in God and practice faith outside its walls, a new Barna study has found.

Barna has released a report on the first of a two-part exploration of faith and spirituality outside the church, looking at the “fascinating segment of the American population who, as the saying goes, ‘love Jesus but not the church.'”

One-tenth of the population comprises those who self-identify as Christian and who strongly agree that their religious faith is very important in their life, but are “dechurched,” meaning they have attended church in the past, but haven’t done so in the last six months or more, the Barna study says, adding that only seven percent of the population belonged to this category in 2004.More than 60 percent of the people in this group are women, and 80 percent are not millennials, between the ages of 33 and 70.

“This group represents an important and growing avenue of ministry for churches,” says Roxanne Stone, editor in chief of Barna Group. “Particularly if you live in a more churched area of the country, it’s more than likely you have a significant number of these disaffected Christians in your neighborhoods. They still love Jesus, still believe in Scripture and most of the tenets of their Christian faith. But they have lost faith in the church.”

What’s more, their beliefs about God are more orthodox than the general population, even rivaling their church-going counterparts, the study shows.

Furthermore, while they might not be comfortable with the church, this group still maintains a very positive view of religion, the study adds.

“When asked whether they believe religion is mostly harmful, their response once again stood out from the general population, and aligned with their church-going counterparts (71% strongly disagree, compared to 71% among practicing Christians and 48% among U.S adults).”

However, only 55 percent disagree, either strongly or somewhat, that all religions basically teach the same thing, much closer to the general population at 51 percent. Eighty-six percent of evangelicals disagree with the statement and believe in the distinctiveness of Christianity.

The study notes that this group falls outside of the characterization of “spiritual but not religious” folks. “But unlike practicing Christians and evangelicals, this spirituality is deeply personal—even private—with many preferring to keep spiritual matters to themselves: only two in five (18%) say they talk with their friends about spiritual matters often.”

For the study, Barna interviewed 1,281 U.S. adults via web-based surveys, in each of the 50 United States between November 4 and 15, 2016. The sampling error for this study is plus or minus 2.9 percentage points, at the 95% confidence level.

“The critical message that churches need to offer this group is a reason for churches to exist at all,” Stone concludes. “What is it that the church can offer their faith that they can’t get on their own? Churches need to be able to say to these people—and to answer for themselves—that there is a unique way you can find God only in church. And that faith does not survive or thrive in solitude.”