Source: Glory to God for All Things
Archpriest Stephen Freeman | 12 May 2021 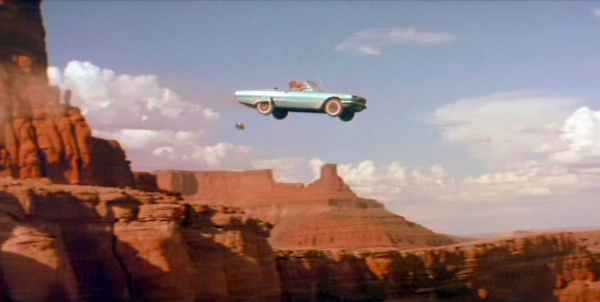 Abba Poemen said, “Teach your mouth to say that which is in your heart.

Some years back, while driving through the mountains here in Tennessee, with an out-of-date GPS system in my car, I was instructed to take a particular turn and cross a bridge. Something inside me (guardian angel?) whispered a word of caution (it was night as well), and so I took the turn carefully and slowed. It was clear in a moment that, though there had once been a bridge in that place, there was one no longer. Another 50 feet and I would have been dropped a fair distance into a river. Lies are dangerous, even if they are as innocent as an out-of-date GPS.

My experience with the non-existing bridge has served me as an image of the nature of a lie ever since. A lie seeks to make true something that has no true existence. It is an “alternate,” make-believe, universe to the one in which we live. Our desire for alternatives (and our fear of reality) are among the many motivations behind lies. It is revealing, however, to think about the nature of lies (which also reveals the nature of the truth). It is, at the very least, a matter of existence.

This, for me, goes to the very heart of my complaint about much that goes under the heading of “morality.” Morality tends to describe our conformity with a set of rules. At its worst, it can describe mere convention, a following of the pattern of behavior that is publicly, or popularly, seen to be “good.” Throughout human history, and particularly across the past couple of centuries, that public perception has been a constantly changing model, applauding something in one decade that will come to be derided in the next. As such, morality can often be little more than fashion.

The Christian understanding of right and wrong should never be grounded in such shifting sands.

The classical Christian “trinity” of transcendantals runs: beauty, goodness, and truth. The insistence of the Fathers is that these things are realities and not simply subjective judgments. Beauty, for example, is not “in the mind of the beholder.” By the same token, goodness is not a relative matter. It does not describe what is “good for me.” And truth is a matter of what truly is. Truth is a description of reality, not simply someone’s professed perception of reality. There is no such thing as “my truth.”

Certain popular strains in our current cultural winds find their roots in various radical thinkers such as Nietzsche, Foucault, Derrida, etc. There we find the exaltation of the “will to power” as the basis of reality. Arguments and assertions from this wing of the culture describe the world in terms of power struggles. Those groups who have power are seen as defining the world to their own advantage. As such, even math and various sciences can be accused of “racism” or “sexism,” etc. “Truth,” in this analysis, only describes someone’s positional power and its attempts to dominate all others. The pursuit of truth is, therefore, a competition, or, even, a revolution.

This not a claim that truth is “relative.” Rather, it is a claim that truth is a simple assertion of power, a potential assault. This raises so-called culture-wars from the level of a disagreement about what might or might not be true, to the place where participants are fighting solely for the power to dictate what everyone must accept as the truth. In such a society, there is no truth, as such. Only winners and losers. Winners make the truth.

Of course, how much force this sort of campus-chic actually has in society-at-large varies from place to place, as well as being more present in some generations than others. Like many cultural fads, its dominance will wane as it trickles out into the mainstream, passing into the drips that reach our bumper stickers. (Sadly, the same can be said about Christian theology).

There is a temptation for Christians to take up the challenge and play for power. I suggest that such a use of power is a devil’s bargain, indeed, the last temptation faced by Christ (Matt. 4:8-10). It should be noted clearly: no one can be made or forced to love God. God competes only through His weakness, something that often causes His enemies to rejoice and His friends to cry, “Foul!” I can only argue that He knows what He is doing.

The heart of the Christian pursuit of truth is similar to our pursuit of God Himself. We do not invent God, nor can we simply remake Him at our own whim. Theology is, rightly, only a seeking to know.

If that is the case, it begins to describe the kind of life we live as Christians. It is not a passive existence, but neither should it be an existence that seeks to dominate. Those who exercise dominion are almost always involved in efforts to create a world of their own imagining, the world of their own will-run-mad. Such imaginings are themselves lies – a bridge to nowhere.

Years back, in my seminary days, there was a lot of buzz surrounding the phrase “co-creators” in certain circles. It was, in my estimation, another form of window dressing for the modern project. It sought to celebrate, in theological terms, the experiments in domination that mark modern culture. It imagined that, in some way or fashion, we share in God’s role as creator. In truth, we create nothing. Creation, in theological terms, describes bringing something into existence from nothing. Only God creates. Our feeble cultural manipulations never rise to that level – except as a lie.

There is, however, a true “synergy,” in our life with God. In English, the word would be “co-operation.” However, in that co-operation, we are junior partners of the most extreme sort. What we contribute to reality, when done rightly, is always respectful to that which is already given to us. Life is only rightly lived when it is “traditioned.” Tradition means to “hand down.” A traditioned existence is one in which all things come first as gifts. That is the true nature of life – we do not create it – we receive it.

Again, that reception is not purely passive. We use what we receive. We invent, we improve. We enjoy. However, doing those things with a heart that gratefully receives what has been given, and that seeks to know and understand the nature of that gift, is vastly different than the various arrogant modernisms of “making the world a better place,” and “re-inventing human beings.”

I was recently challenged by someone about the concept of a traditioned existence. There is something of a “natural” theology within that approach. The challenge was the question, “How do you know that something is natural and not merely a cultural convention.” There is no strict method for answering such a question. I can say, however, that if a particular life-solution requires the constant input of technological correction, there is good reason to suspect that “nature” is being seen as a problem rather than received as a gift. By the same token, it is possible to look at a range of civilizations over a range of time, and “do an average” in order to speak about what is “natural.”

It would be simple, using such an approach, to suggest that radical gender theories of the present time are passing epiphenomenon, notions that require artificiality, technology, and draconian legal measures in order to exist. Absent such interventions, they will simply collapse. The sexual revolution, is a prime example of this same false intervention. Sex without consequences begins to distort our humanity. It is an effort that will, in its own time, lead to a collapse. These are simply among the easiest examples.

That which is true, is that which truly exists. As such, it is always its own strongest argument. If it truly exists, it will continue whether I believe in it or not. The truth does not require ideology. This carries the corollary of a lack of anxiety. If the truth abides, whether I believe it or not, then I am not bound to “make it so” through the efforts of a culture war. It is, rather, for me to live it, to give thanks for it, and enjoy its fruit in the world.

O Existing One, Master and Lord; O God, the almighty and adorable Father: it is truly proper, right, and befitting the majesty of Your holiness to praise You, to hymn You, to bless You, to worship You, to give thanks to You, to glorify You, the only God Who truly exists, and to offer You this our rational worship with a contrite heart and in a spirit of humility, for You have granted us the knowledge of Your truth….