Guilt and Shame – What’s The Difference? 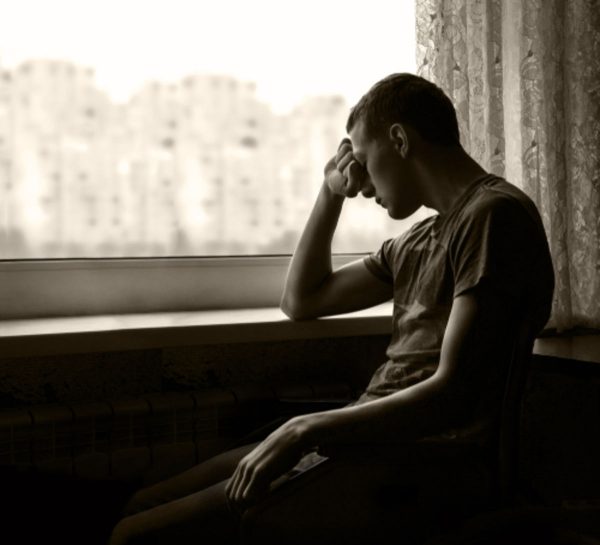 There is a very handy saying that differentiates between guilt and shame. Guilt is about what I have done – shame is about who I am. They are not unrelated, particularly in a culture in which what we do is often given as an answer to the question, “Who are you?” Traditional American culture has often been described as “guilt-based,” in that Protestant religious thoughts centered on goodness as responsibility for our actions. The legal system is an example. The theories of atonement popularized in Protestant theology are primarily about forgiveness for the things we have done wrong. “All have sinned and come short of the glory of God” (Romans 3:23), is a commonly cited verse. Everyone is guilty of something and in need of forgiveness. This often overlooks the entire question of shame.

Martin Luther famously described a Christian as a “snow-covered dunghill.” The “snow” is the righteousness of Christ. We ourselves are but dung. By faith, we accept the righteousness of Christ as our own, and are “covered.” It is an image that treats guilt and leaves shame untouched. Thus, what I have done is “covered,” but I myself remain what I am (dung). I do not think this was Luther’s intent. Rather, it is an unfortunate example of a culture that externalized the self, confusing it with “that which we do,” or, more likely, forgetting it altogether.

Orthodox thought, on the other hand, tends to ground actions in the workings of the self. They are “symptoms” of an inner process. We hear this in St. Paul’s description of his spiritual struggle.

St. Paul wants to do the good, but something is at work in him that yields what is not good. This is sin – as process. Elsewhere, he will equate this process with that of death itself. Sin is death, death is sin.

It is, on the whole, impossible to separate these things (guilt and shame). In theological terms, Orthodoxy is described as holding an “ontological” view, a view which sees things in terms of our very being, and as the whole of our being. It is not juridical (viewing our actions as separate) because our actions are not properly seen as separate.

In terms of Luther’s image, Orthodoxy (and St. Paul) would describe the “snow” of Christ’s righteousness as transforming whatever there is about us that can be described as “dung” into snow. God became what we are [dung] that we might become what He is [snow]. In the words of St. Paul:

“He made Him [Christ] who knew no sin to be sin on our behalf, that we might become the righteousness of Christ in Him” (2Cor. 5:21).

St. Paul’s cry at the end of the Romans passage is not that of guilt. Guilt says, “What have I done?” St. Paul cries, “O wretched man that I am! Who shall deliver me from this body of death?” This is the cry of shame, the recognition on an existential level that who I am is in a state of wretchedness.

The Orthodox approach to salvation maintains this focus on the whole person (and, thus, the experience of shame). It is necessarily the case that an ontological approach (paying attention to the whole person on the level of being) will encounter questions of shame – precisely for the reason that shame is how we feel about “who we are.” Thus, questions of humility, and self-emptying are at the forefront of the Orthodox spiritual life. If our lives were measured in terms of guilt (the things we have done), it would be absurd to confess that “I am the chief of sinners.” It is only on the level of our very being that the commonality of our lives can be seen.

I have long thought that guilt is a problematic category, something that misses the point. If I had never done anything wrong, the actual condition of my soul would remain the same: it is bound by death. I have also noted through the years, as someone who hears confessions, it is never really guilt that drives someone to repentance. Guilt is not the traditional language of confession. Listen to this prayer in preparation for communion:

O Lord my God, I know that I am not worthy nor sufficient that You should enter under my roof into the habitation of my soul, for it is all deserted and in ruins, and You do not have a fitting place within me to lay Your head. But as from the heights of Your glory You humbled Yourself, so now bear me in my humility; as You deigned to lie in a manger in a cave, so deign now also to come into the manger of my mute soul and corrupt body. As You did not refrain from entering into the house of Simon the leper, or shrink from eating there with sinners, so also enter the house of my poor soul, all leprous and full of sin….

This is not a recitation of terrible things that have been done, an admission of guilt. This is a voluntary acknowledgement of shame (“bearing a little shame”). I often warn those new to the prayers of Orthodoxy to be careful. These prayers are written by saints in a very poetic form that expresses the depth of our heart. Many of us, hearing such language, could fall into despair, or feel as though the prayer were trying to force shame on us. In such cases, I direct people to pray in their own words at first, simply saying, “I am not worthy. Help me.” In time, the holy words of the saints will become those of your own heart.

Years ago, as an Anglican, I learned the “prayer of humble access”:

We do not presume to come to this thy table, O merciful Lord, trusting in our own righteousness, but in thy manifold and great mercies. We are not worthy so much as to gather up the crumbs under thy Table. But thou art the same Lord, whose property is always to have mercy: Grant us therefore, gracious Lord, so to eat the flesh of thy dear Son Jesus Christ, and to drink his blood, that our sinful bodies may be made clean by his body, and our souls washed through his most precious blood, and that we may evermore dwell in him, and he in us. Amen.

Even as an Orthodox priest, I continue to use this prayer before receiving communion. It long ago was united with my heart and has become a part of me. It is today used by some Orthodox in the Western Rite.

I will add in closing that it is possible to think of shame in merely psychological terms. That is well and good, but does not reach the deepest reality of the matter. The nakedness of Adam and Eve can be seen on several levels. It is, first, a literal matter: they had no clothes. Second, it is an emotional, psychological, matter: they feel shame and want to hide. Third, and this is a great mystery, they have lost the original glory with which they had been clothed, the likeness of God. This is a transfiguration of the fullness of our being. We hear echoes of it in St. Paul:

“For we know that if our earthly house, this tent, is destroyed, we have a building from God, a house not made with hands, eternal in the heavens. For in this we groan, earnestly desiring to be clothed with our habitation which is from heaven, if indeed, having been clothed, we shall not be found naked. For we who are in this tent groan, being burdened, not because we want to be unclothed, but further clothed, that mortality may be swallowed up by life. Now He who has prepared us for this very thing is God, who also has given us the Spirit as a guarantee.” (2 Corinthians 5:1–5)

And so our shame will be dissolved. Glory to God.