“Had They But Waited” – Sermon for the 13th Sunday after Pentecost 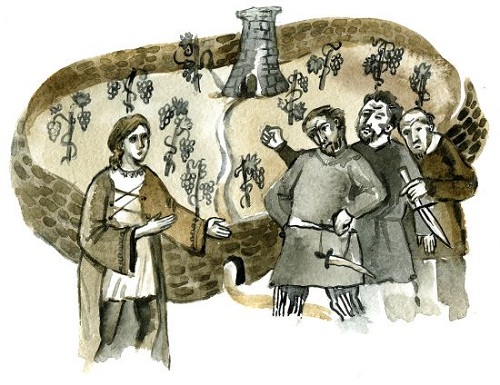 In the Name of the Father, Son and Holy Spirit, Amen.

On this the thirteenth Sunday after Pentecost the Church presents to us Christ’s parable of the wicked tenants in the vineyard. Now historically, this story refers to the Old Testament kingdoms of Judah and Israel and how they behaved – or, rather, misbehaved – over the course of their covenantal relationship with God. The people were supposed to show forth in themselves the good fruit which God expected of them, but they did not. And when God sent his servants the prophets to them to call them to account for that lack and to recall them to the path which would produce such fruit, well, they were – as St. Theophylact Archbishop of Ochrid in Bulgaria notes in his commentary on this parable – “abused in various ways by the husbandmen, that is, the false prophets and false teachers of those times. One they beat, as they did to Micah when Sedek struck him on the jaw; another they killed, as they did to Zechariah [the father of the Forerunner St. John the Baptist] between the temple and the altar; another they stoned, as they did to Zechariah the son of Jodae the high priest.”

Metaphorically, however, the meaning of this parable extends to each and every one of us since we too live in a covenantal relationship with God; we too often fail to develop within ourselves and to show the good fruits of the Christian life – joy in living kindness, in giving selfless service to others (and in that giving receiving back multitudes of blessings). And while we don’t go around maiming or killing the people God sets in our path to call us back to the righteous life, we do what is perhaps worse, which is to make them of no account at all. For the persecution and the slaying of the prophets indicated that at least they were noticed. But how often do we, on the other hand, simply choose to ignore or to not take advantage of the people and the opportunities that God sends our way as our reminders and means to return to a fulfilling life and the producing of good fruits within it.

There are many different ways in which we can fall short of the mark and fail to produce this good fruit in our lives. I’ll focus on one particular way that is given us in the context of this parable. When the householder sent his son to the wicked tenants they said, “Come, let us kill him, that we may receive his inheritance.” What makes this reason truly astounding is that the whole goal of human existence in the life of God’s covenanted communities, the Old Testament Church and the New, is precisely to share in the inheritance of the Son of God. Theosis, deification, the sublime calling of humanity, means nothing else but that we are to become – as the Fathers say – by grace all that God is by nature, except in identity of nature. We are called to become gods by adoption, sons of God by adoption. So the irony is that the wicked tenants killed the Son for something they were already going to receive, had they but waited. And that’s the key to their mistake and ours as well, many times. We are impatient; we push for something way too soon, for which we are not yet ready. Because we jump the gun, we often end up seriously compromising or even ruining that good thing for which we should have waited.

Scripture records other stories of this: in the parable of the prodigal son, when he asks for his half of the inheritance, he was not stealing or taking anything that wasn’t already coming to him. But while Christ never says in that parable just why the prodigal wasted his substance in riotous living, it’s not hard to imagine that it was because he was immature, unable to contain his desires and manage his resources… he was not prepared to receive the inheritance he had claimed.

We see this very thing in the fundamental, primordial sin of all humanity. In the story of Creation and the Fall in Genesis, Adam and Eve are told not to eat of the Tree of Knowledge, Now that Tree was right there in the middle of the Garden, in which everything had been created good and uncorrupt. So it too was good. And it can be presumed that they would have been given to eat of it when they were ready, since they were created to become exactly what Satan said they would when they ate of it: “You will become like God, knowing good and evil.” But they were not ready, and so striving for that godhood far too soon led to separation from God and enmity with each other, spiritual and physical death which was the result of – not a punishment for – their sin.

This is perhaps the hardest and most difficult way in which we can fall short of the mark and fail to produce good fruit in our lives. Things which are truly wrong and sinful are often easy to see, even if its not so easy not to do them nevertheless, But situations in which the goal itself is good but the timing is not right, that is hard because too often we let our desires for them get in the way of discerning when the time is truly right and when it is not. We need to pray earnestly to God, then speak with others, whether a spiritual father or mother, Christian brother or sister, or close and trusted friend, to take advantage of our personal prophets whom God sends our way and to share our situations, that we may gain wisdom and temperance along our path to living well and producing good fruit, that we may each of us as human persons body and soul be saved and deified. Amen. 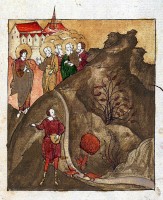