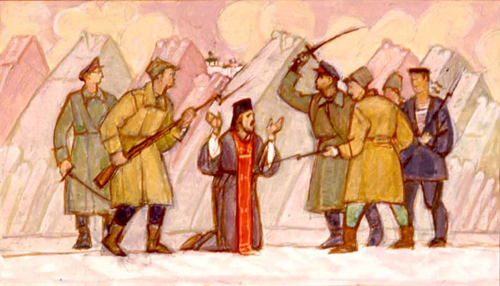 “The total number of victims in the years of the repression currently cannot be determined because the archives of the relevant agencies are not accessible to the public. However, church researchers believe the number of people who suffered for their faith may reach 500,000 people,” Metropolitan of Ufa and Sterlitamak Nikon said at the 6th Tabyn Recitals entitled ‘1917-2017: Centennial Lessons.’

The names of 1,774 saints have now been included in the Assembly of New Martyrs and Confessors of the Russian Church, he said.

The hierarch said most people of Russia kept their Orthodox faith despite the persecution of the Church.

“According to the population census conducted in 1937, when anti-religious propaganda in the USSR reached its peak, 56.7% of the people aged 16 and older were believers,” he said.