Halki Summit II to focus on “Theology, Ecology, and the Word,” June 8-10

Source: Orthodox Christian Network
Natalya Mihailova | 11 May 2015
His All-Holiness Ecumenical Patriarch Bartholomew is hosting the second Halki Summit on “Theology, Ecology, and the Word.” Co-sponsored by Southern New Hampshire University, the summit will be held on the island of Halki from June 8-10, 2015. 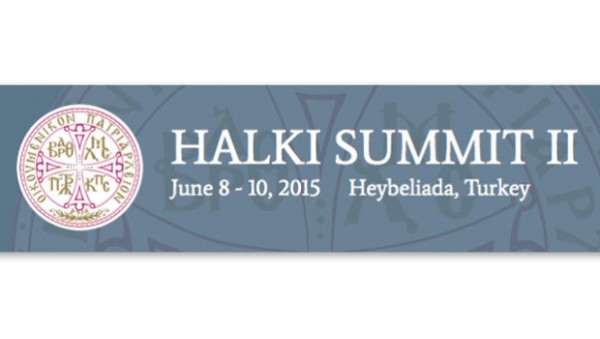 Continuing the legacy established by the Ecumenical Patriarchate for over twenty-five years, Halki Summit II follows a series of pioneering ecological initiatives, including eight international symposia (1995-2009) and five summer seminars (1994-1998).

Halki Summit I, “a conversation on environment, ethics and innovation,” was held in June 2012 and featured prominent speakers, such as environmentalists Jane Goodall and Bill McKibben, as well as scientists James Hansen and Amory Lovins.

Halki Summit II will draw distinguished literary and environmental leaders, including Terry Eagleton (literary theorist and critic) and Terry Tempest Williams (poet and author), as well as James Balog (mountaineer and photographer), Raj Patel (author and activist) and Timothy Gorringe (theologian and apiculturist), for an inspiring “conversation on the environment, literature and the arts.”

Ecumenical Patriarch Bartholomew will open the summit on June 8th, while Metropolitan John [Zizioulas] of Pergamon, the most prominent Orthodox spokesman on the environment, will deliver the keynote address.

Reversing climate change and restoring the depletion of the earth’s resources first and foremost require a change in values and beliefs in order for people to incorporate the ethical and spiritual dimensions of environmental sustainability into their lives and practices. Halki Summit II hopes to contribute toward this sacred vision and goal.