Halloween and the Orthodox Family 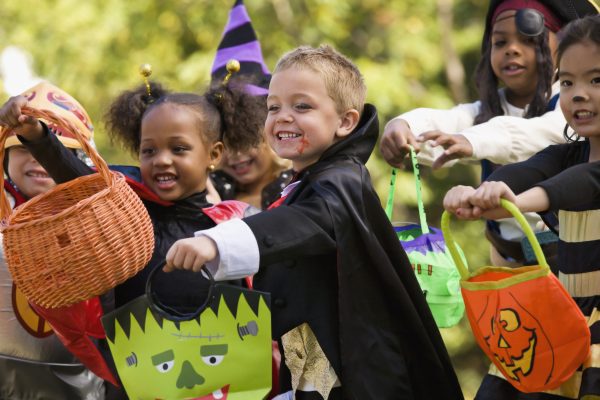 Halloween remains a difficult issue to address for Orthodox Christians.  The responses to it are reflective of the two ‘streams’ of Christian thought:  to separate from worldly activities, particularly those with pagan or anti-Christian roots, and those who believe Christians should be engaged, being salt in the world to varying degrees depending on the circumstance.

ROCOR Hierarch Archbishop Kyrill (Dmitrieff) in a very informative and detailed article outlined the history of Halloween with its pagan, Celtic roots and practices, and strongly advises against participation in Halloween in any form.  Other Orthodox responses range from careful participation  (avoiding the pagan supernatural elements and ‘evil’ costumes, etc.) to the view that it is basically, in modern America, a secular ‘holiday’ with no deeper meaning other than having fun  (just another retailer ‘holiday’ to suck money out of the pockets of parents and party goers).

Halloween practices came to America with colonists from the British Isles but were strengthened in the 19th Century with the arrival of large numbers of Irish immigrants.  Pope Gregory IV established November 1 as the Feast of All Saints in an attempt to Christianize the pagan holiday of  Samhain that began on evening October 31 with  attempts to placate the supernatural spirits who were thought to be able to enter our world at this time of the beginning of Winter  (and ‘darkness’).  Unlike the Christianization of the pagan festivals of the ‘Unconquered Sun’ (December 25, Nativity) and Eostre (to ‘Easter’), the attempt to Christianize Halloween (‘All Hallows/All Saints Eve’) was not as successful.  In Celtic areas the pagan practices often coexisted with Christianity.  Over time, as with other Christian holy days, the pagan and secular spirit has overtaken them in the eyes of modern man.Here are some examples of the evolution of practices:

Pagan: offerings of food and drink were left outside doors to placate the angry spirits that roamed the night (a treat to avoid a trick)

Christian: ‘Soul cakes’ would be given to poor children who went to homes and promised to pray for the departed souls of the families

Today: children go door to door to homes, businesses and sometimes parties to receive candy and other goodies

Pagan: frightening carved faces with candles inside these were used to ward off evil spirits that were roaming the night

Christian: superstitious Western Christians used them to light the way and ward off souls who rose during the night

Today:  the pumpkin is the premier symbol of Halloween and has virtually no religious significance for most

Pagan: dressing up like vengeful spirits to  ward off real spirits or to get treats appeared as a  practice in the British Isles around the 16th century

Christian:  parishes with no relics dressed up as saints in the Middle Ages; dance macabre celebrations developed as a reminder of death

Today: costumes of every variety are worn by children with little thought given to what they represent on a deeper level

Each Orthodox family has to choose how to approach Halloween today:  a carved pumpkin with a joyful face can symbolize the light of Christ that burns within us or it can be a pagan symbol to by shunned.  Dressing in positive (i.e. saints) or neutral costumes can be engaged in or the practice completely ignored.  ‘Saints’ parties can be sponsored by parishes or it can be a regular night at home.  Just remember the words of Elder Ephraim of Arizona:

“Be attentive, my child, that you not judge any soul. For God steps aside from the one who judges his neighbor, and he falls, in order to learn to have sympathy for his sick brother.”