Source: The Daily Star
“We call on all Islamic religious authorities, Sunni and Shiite, to issue clear fatwas forbidding assaults on Christians and other innocent people and their properties”
Natalya Mihailova | 08 August 2014
BEIRUT: Former Prime Minister Saad Hariri praised the statement of Eastern church leaders Thursday, urging the Arab League to cooperate with the international community to end the exodus of Christians from Iraq. 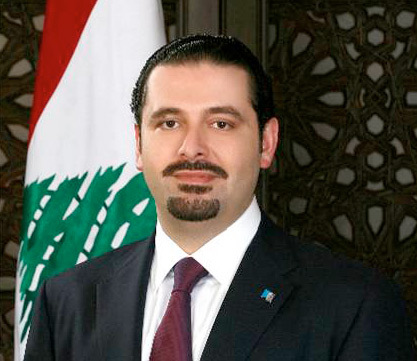 “Eastern patriarchs meeting in Diman have issued a call that should reach all Arab and Islamic leaders and regimes and move the international community, which is ignoring fires in the East and leaving its people and its civilized experience of coexistence prey to the storms of terrorism,” Hariri said.

He called on the Arab League to assume its responsibilities and come up with swift mechanisms to cooperate with the international community to end the ongoing crimes in Iraq.

The heads of Eastern churches expressed outrage earlier Thursday over the displacement of Christians in north Iraq and appealed to the international community, Arab and Islamic states in particular, to take swift action to stop the jihadist onslaught. The patriarchs’ call came at the close of a meeting in Diman in north Lebanon, overshadowed by news of a fresh exodus of Iraqi Christians fleeing attacks by the Islamic State of Iraq and Greater Syria (ISIS). 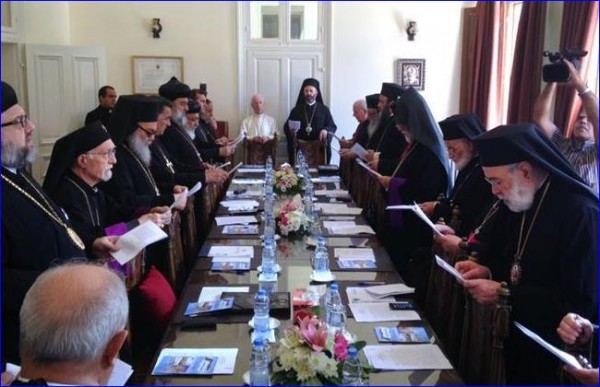 “Christians in countries of the Middle East are suffering from harsh persecution, being kicked out from their homes and lands by takfiri extremists amid total international silence,” they said in a statement.

“We call upon the Arab League, the Organization of Islamic Conference, the U.N. Security Council and the International Criminal Court to take swift, effective and immediate salvaging action,” it said. “The United Nations is requested to take a firm decision to ensure the return of the people to their lands by all possible means and in the quickest possible time.”

“We call on all Islamic religious authorities, Sunni and Shiite, to issue clear fatwas forbidding assaults on Christians and other innocent people and their properties,” it added.

In a clear reference to France, which has offered asylum to Iraqi Christians fleeing Mosul, the patriarchs warned that “the situation [in Iraq] is further endangered by European countries that encouraged the emigration of Christians under the pretext of protecting them from killing and terrorism.”

They also called on states that are financing takfiri groups in Iraq and Syria to stop their support immediately, cautioning that terrorism posed a danger to the region and the world.

The clergy bemoaned the raging 3-year-old Syrian conflict, calling for a political solution that would allow Syrian refugees to return home. They also expressed solidarity with the Lebanese Army in its battle against militants from Syria.

They condemned Israel’s military onslaught on Gaza, which they blasted as a “crime against humanity,” and called on Israel to lift its siege on the coastal territory.